The ESQ-1 was Ensoniq's first synthesizer, and is a very cool synth with a digital wavetable mated with analog filters and VCAs. It's 40 internal sound programs could be augmented with an 80-voice cartridge. The ESQ-1 has a very easy to use sequencer, and you could purchase sequencer expander cartridges to push to note capacity up to 10,000 or 20,000 notes. There were two versions of the ESQ-1 produced - the original had a metal case (the 'ESQ-1' logo is directly over the pitch bend and mod wheels), the second version had a plastic case (the 'ESQ-1' logo is directly over the lowest notes of the keyboard) - and they were functionally identical. A rack version ESQ-M was also produced, and this is a sound module only, with no sequencer. 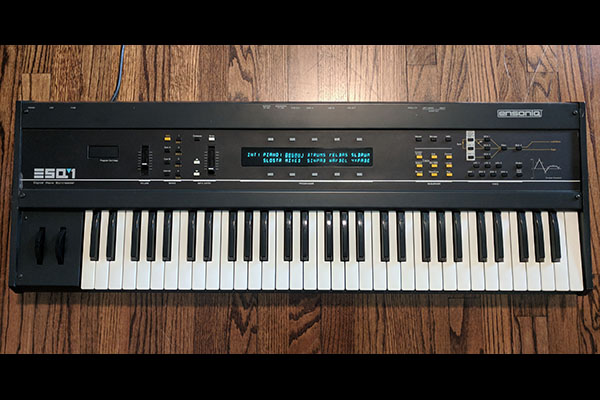 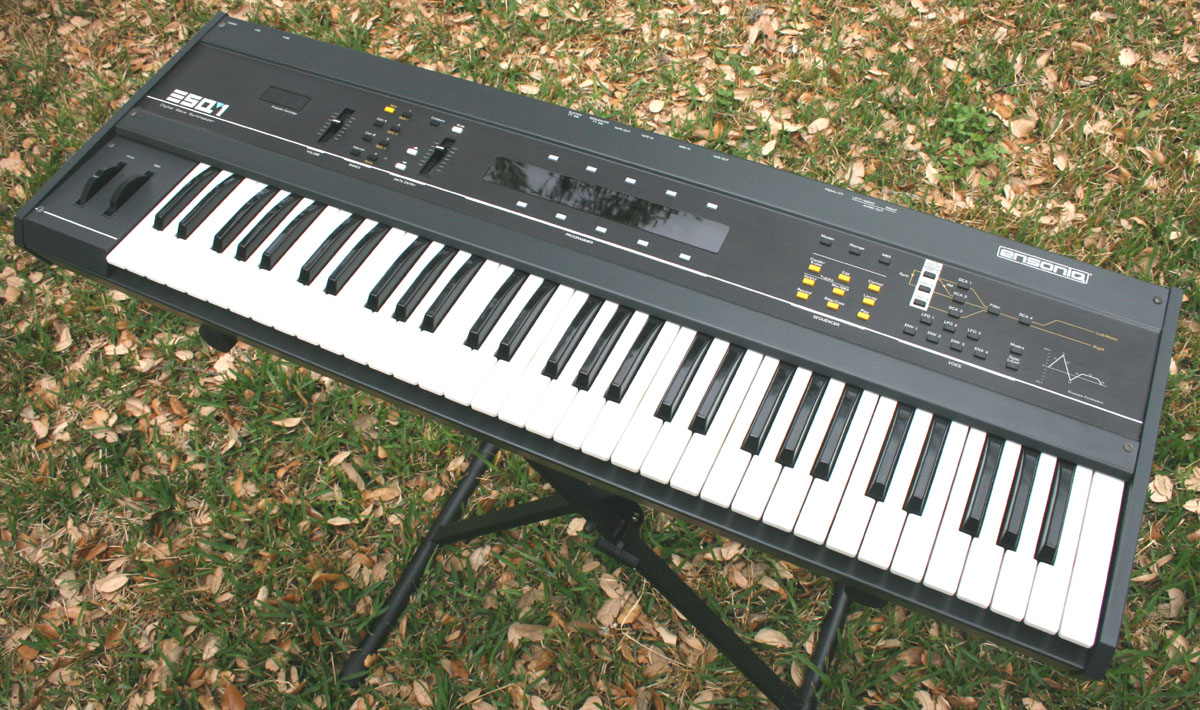 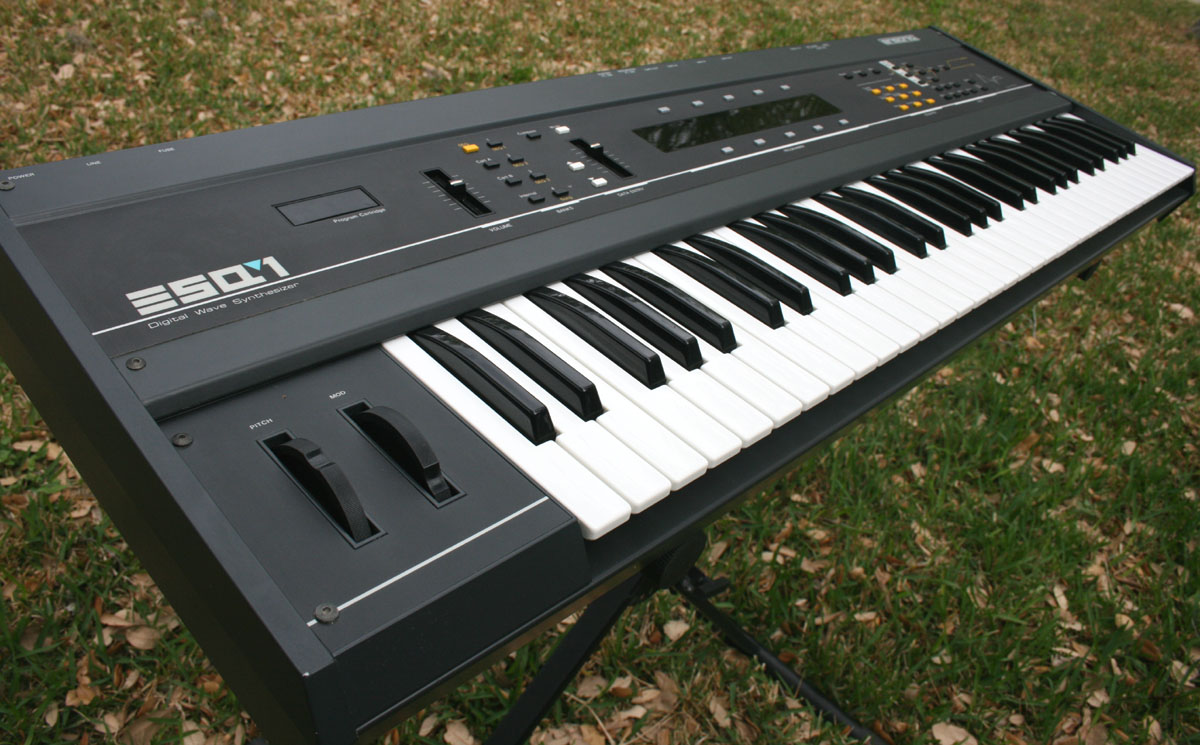 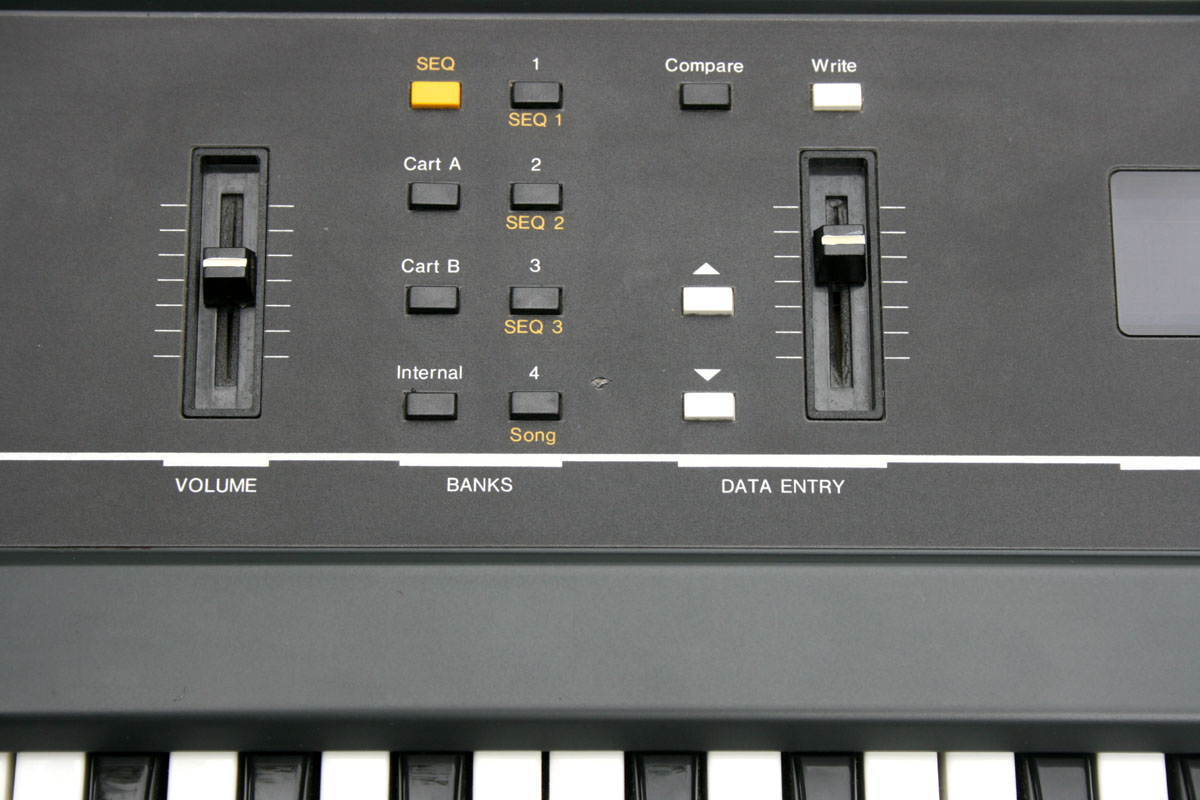 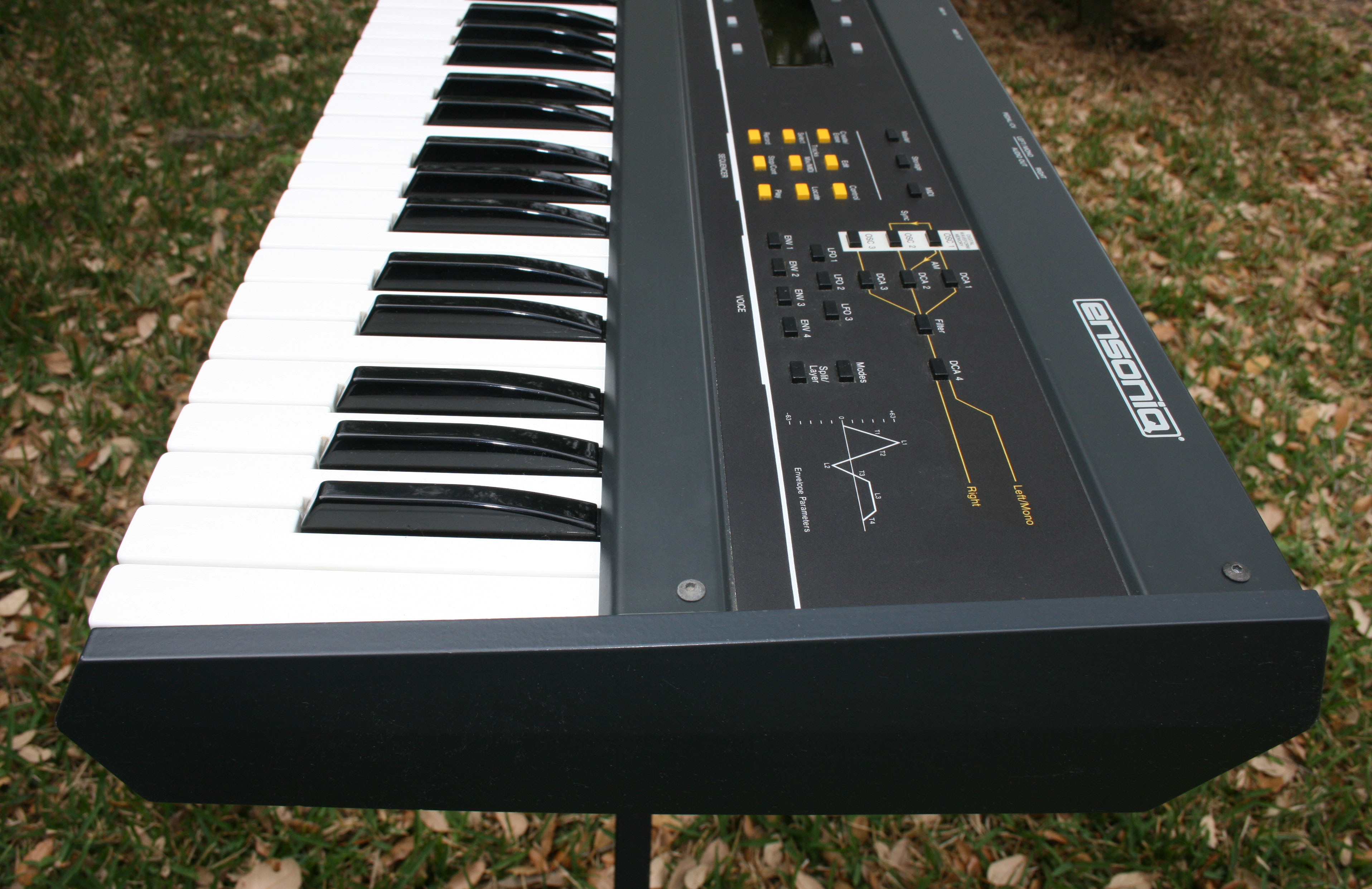 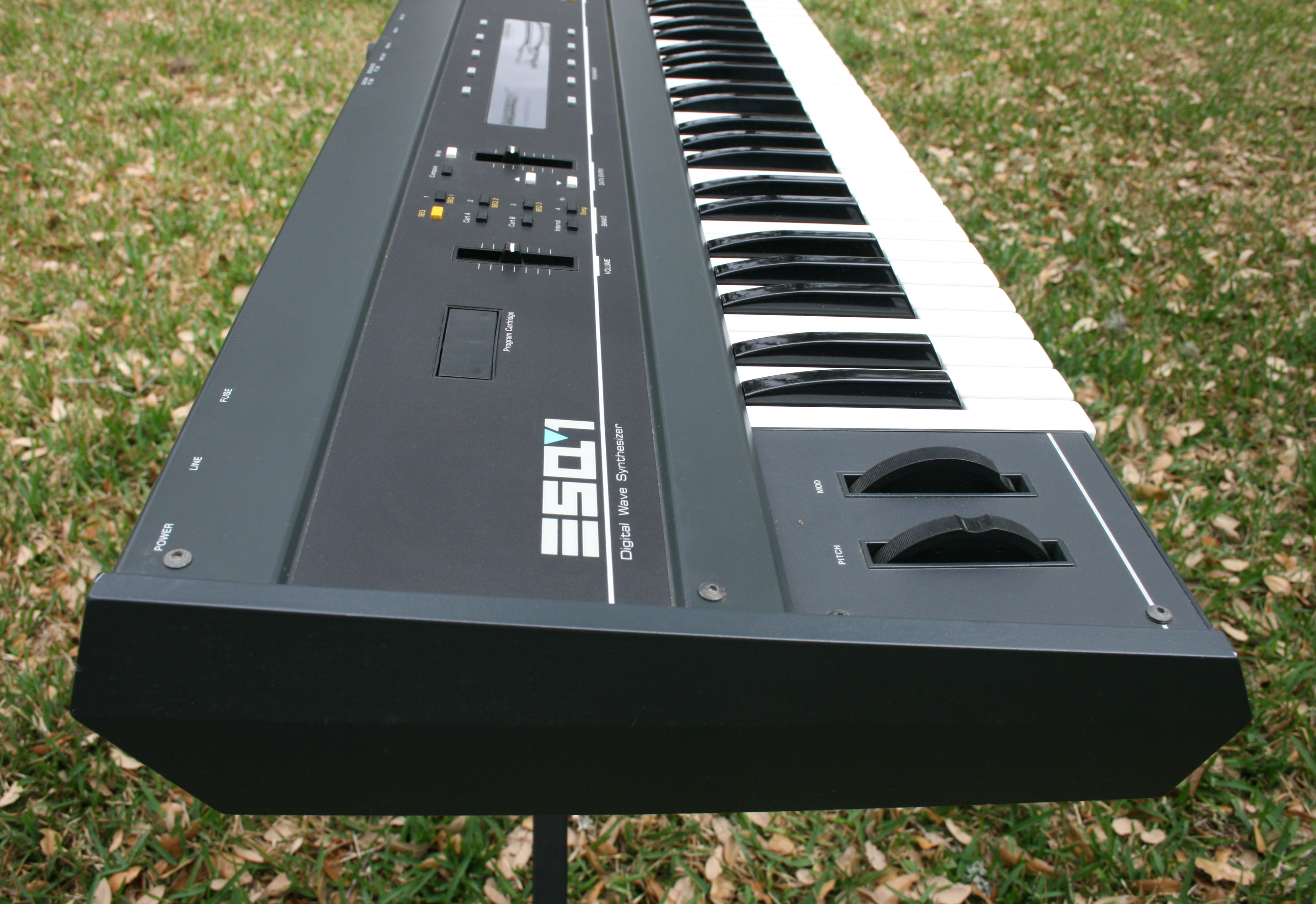 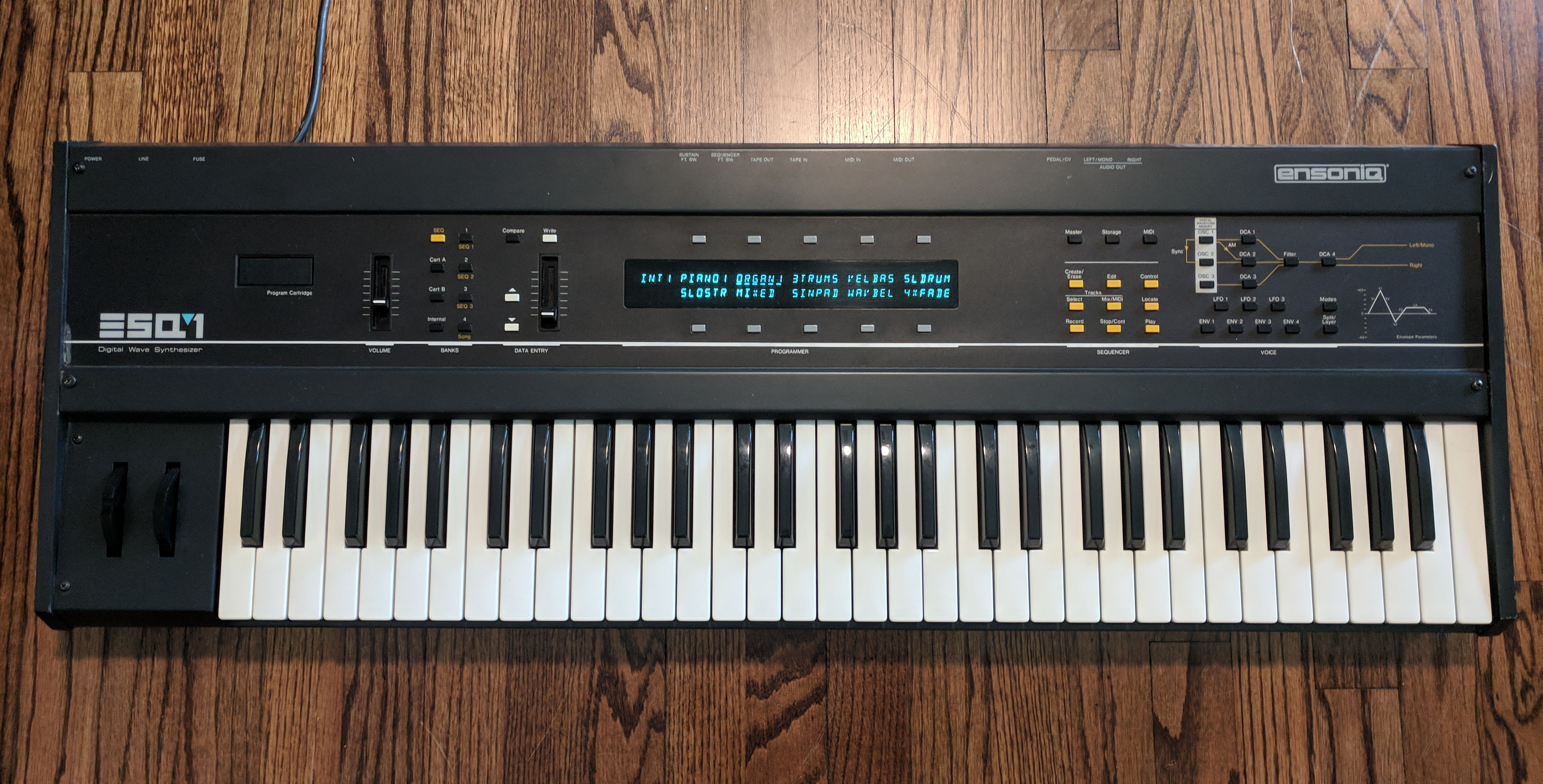 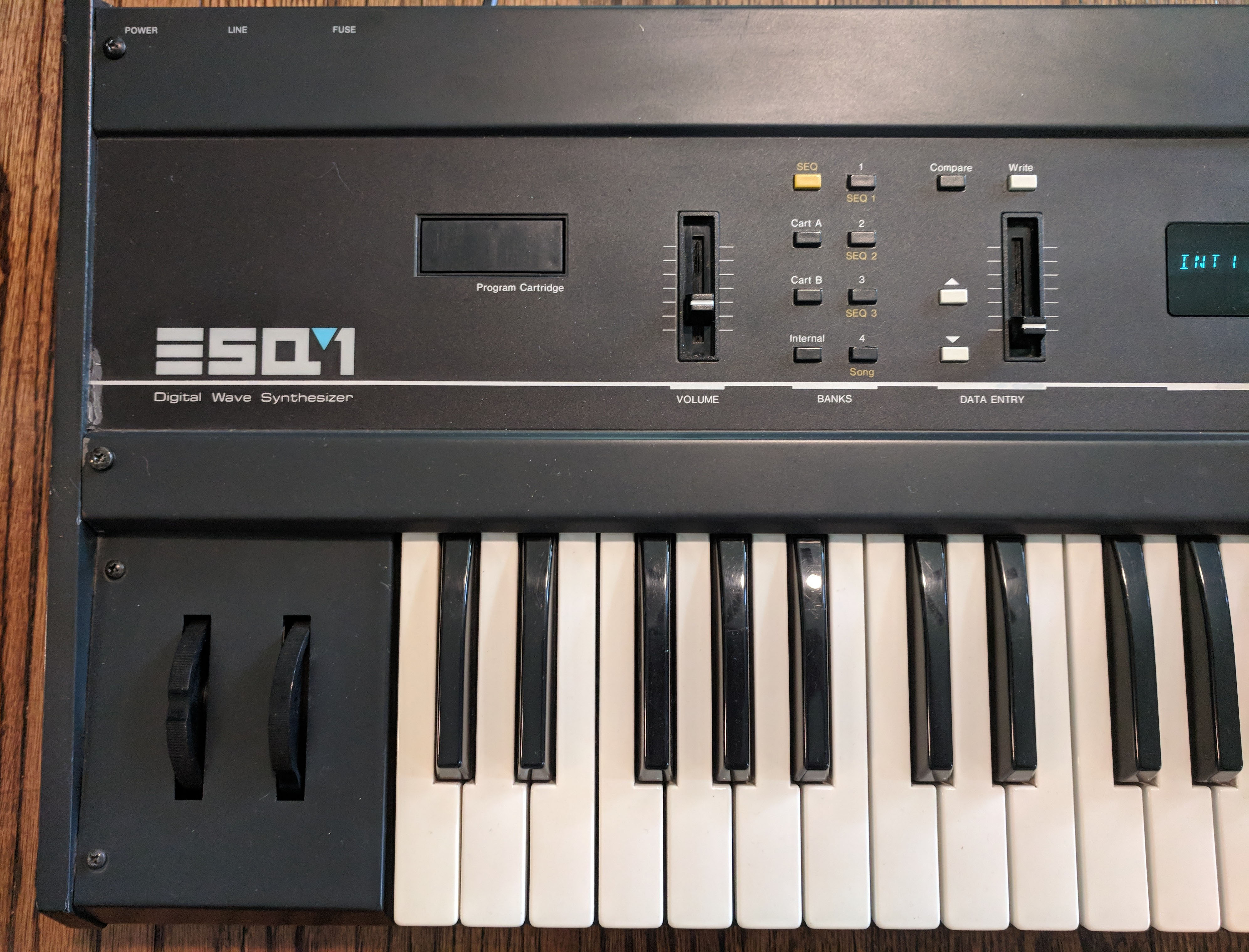 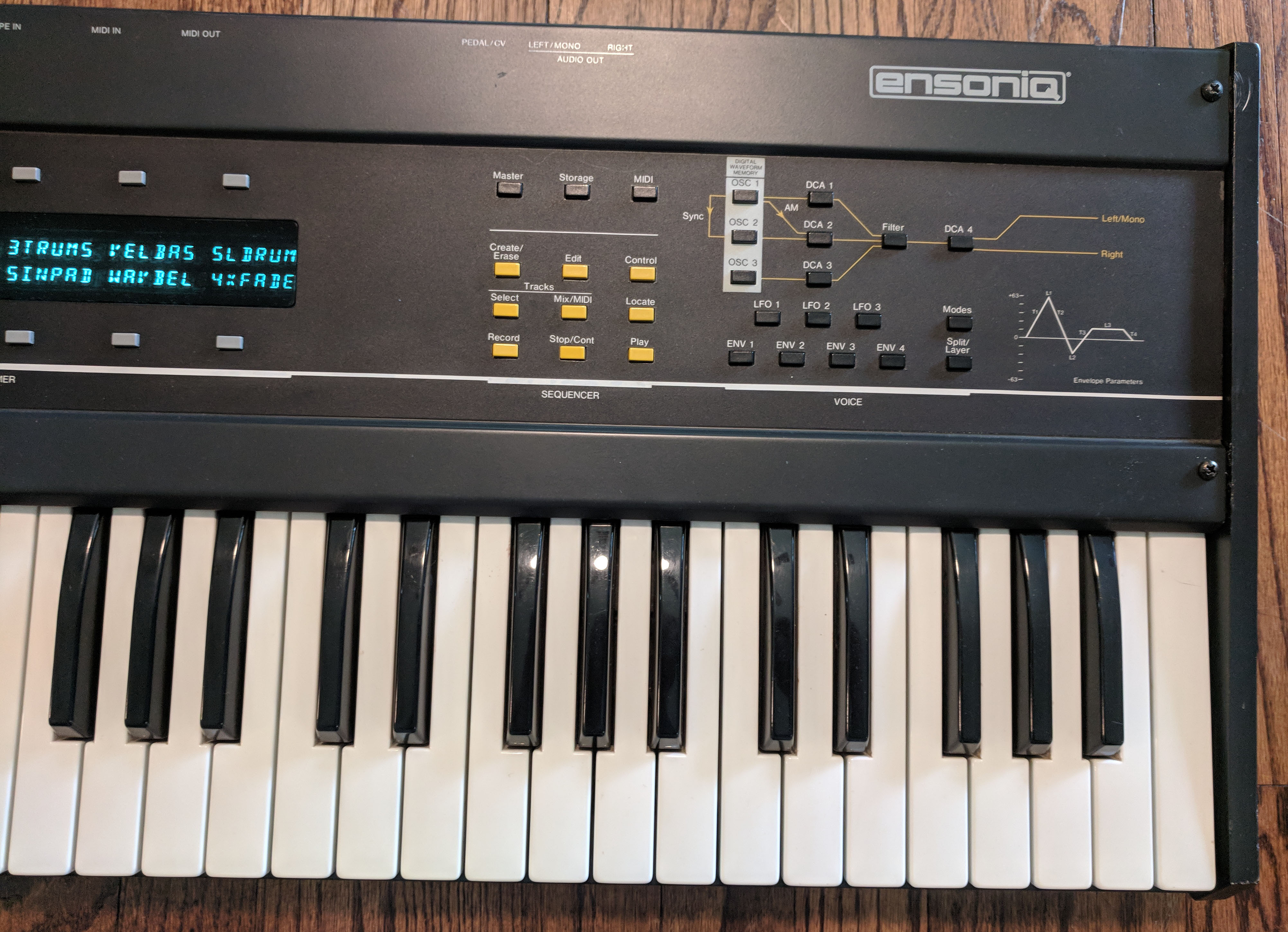 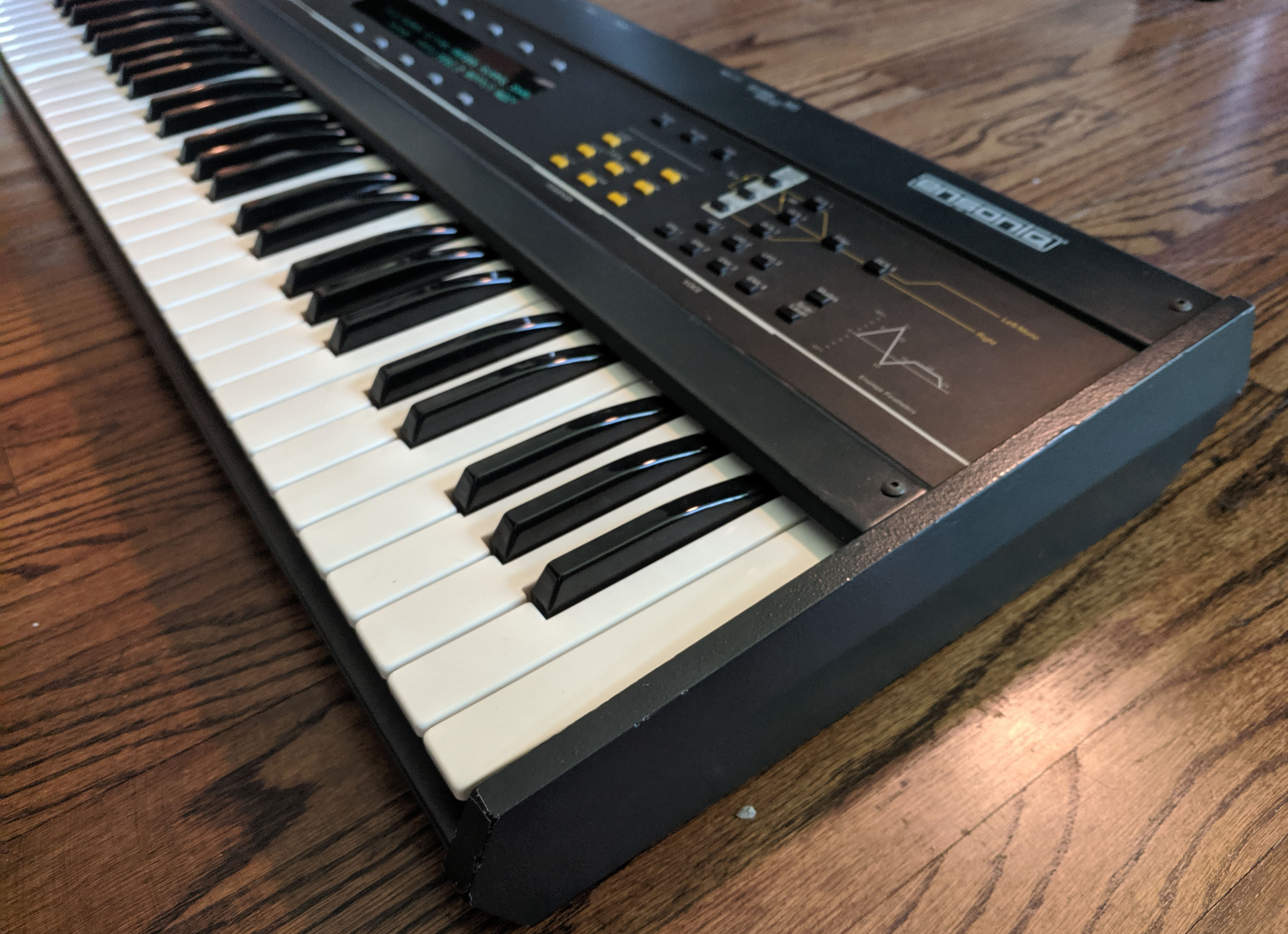 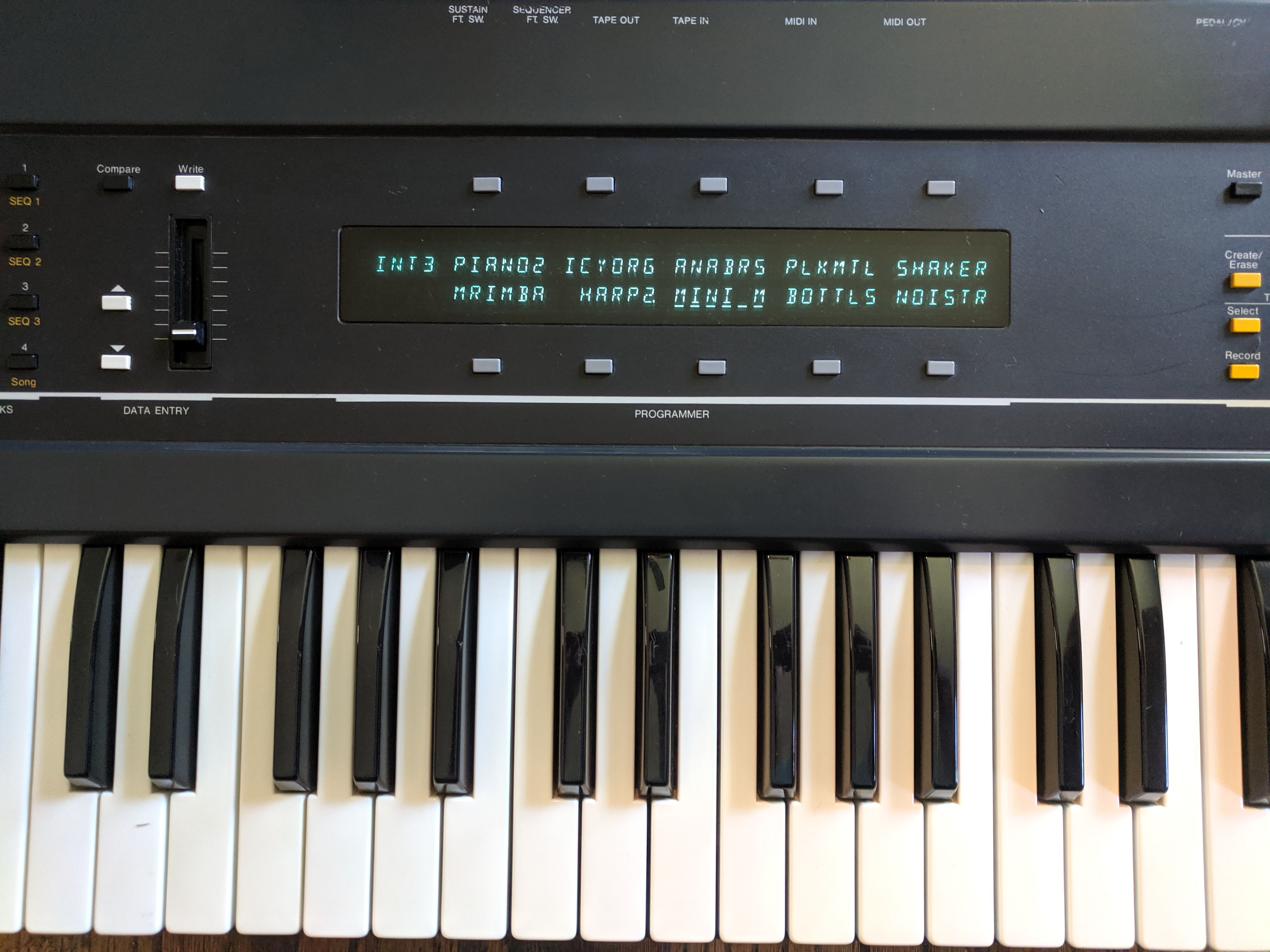 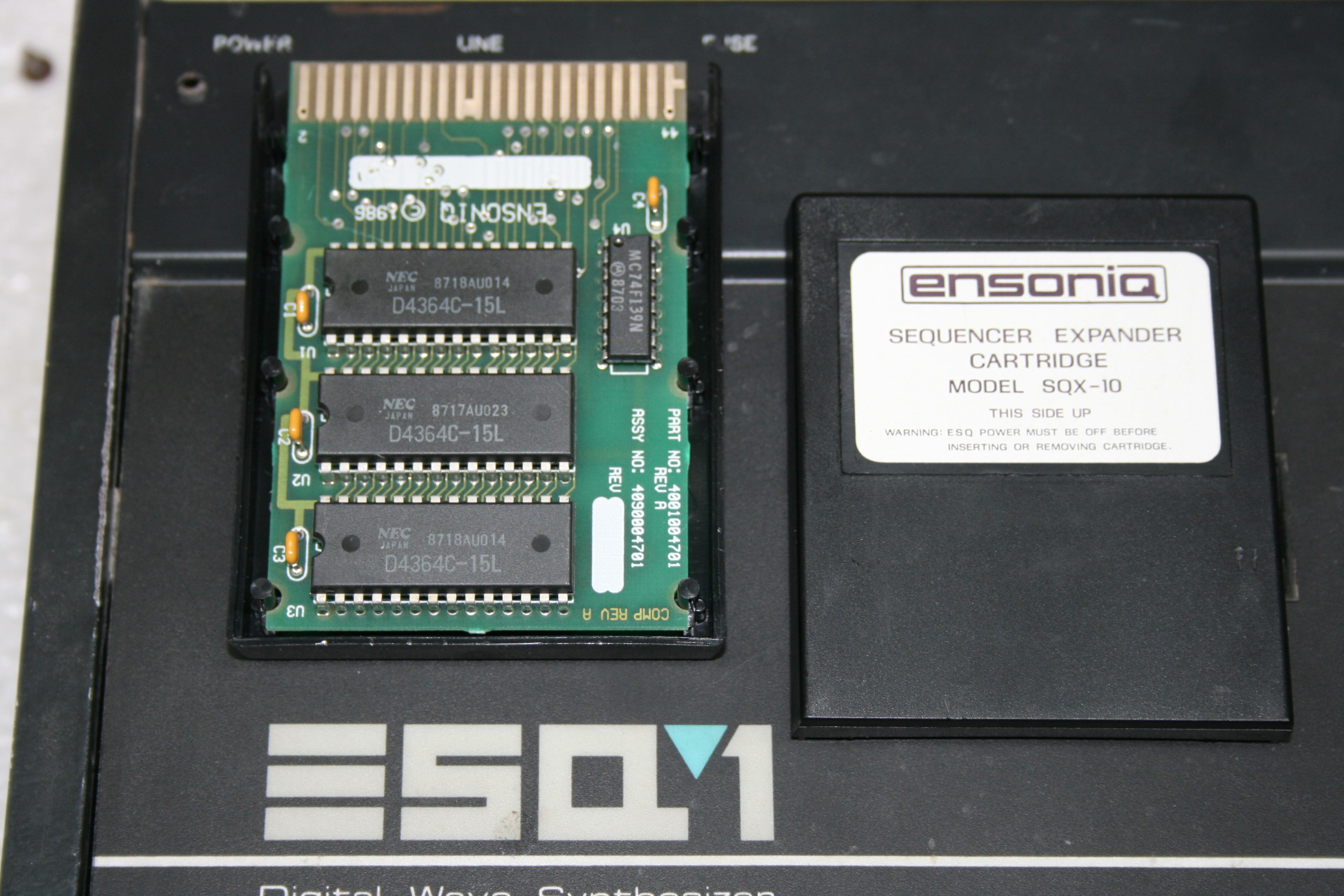 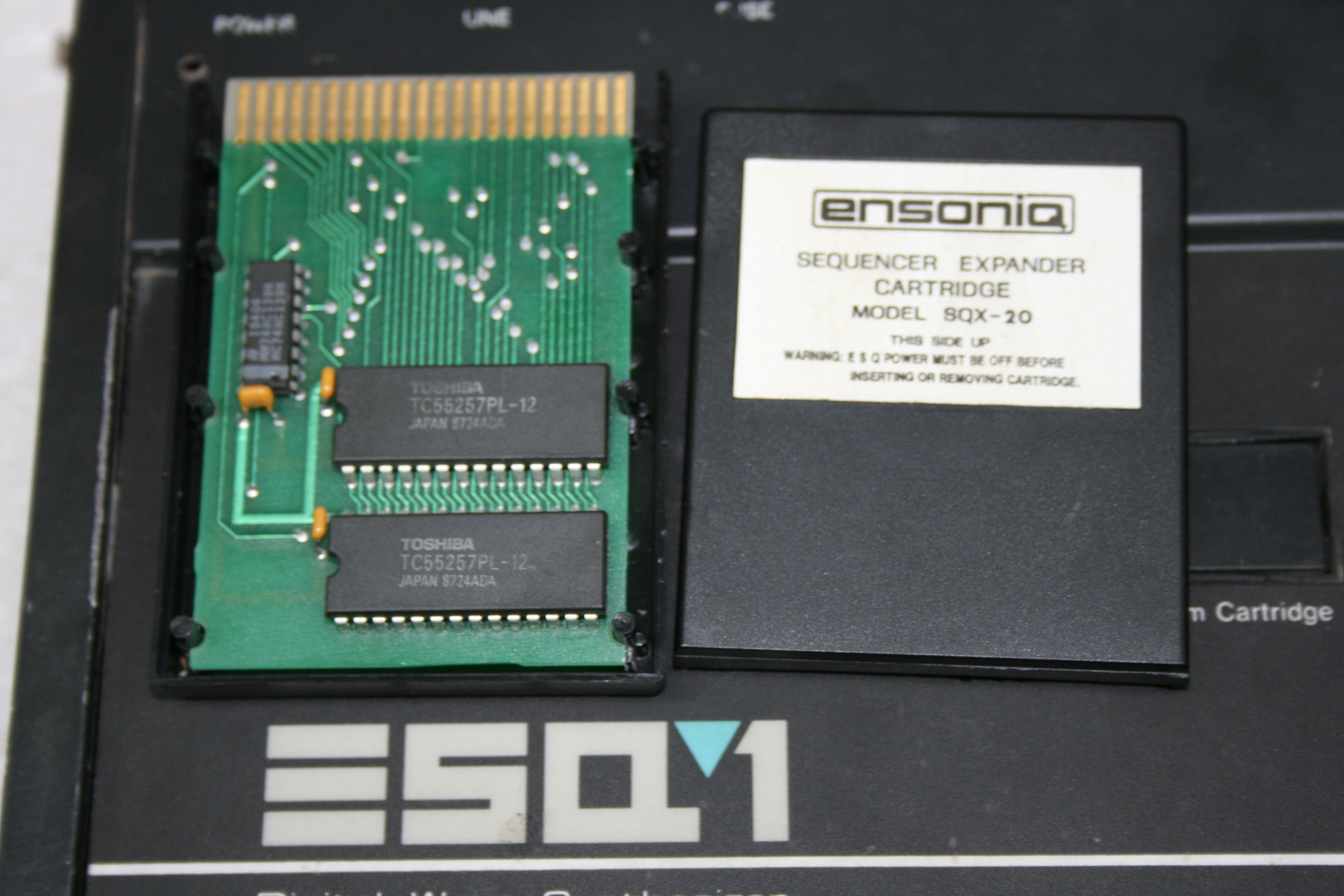