The VP-330 Vododer Plus was a very cool 10-band vocoder and keyboard that has strings, choir, and human voice sound presets. Two versions of the VP-330 were produced; the earlier model (1979) had red, gray, white, and green panel switches, the later model (1980) had TR-808-style orange, yellow, white, and green switch buttons. 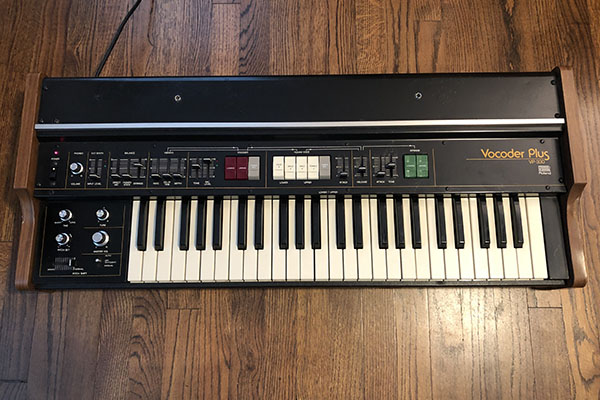