The SEM (Synthesizer Expander Module) was Oberheim's first synthesizer, and two of these plus a sequencer module and 37-note keyboard were combined to make the Oberheim 2-voice. The 4-Voice (pictured) was a combination of four SEMs, sequencer, and 49-note keyboard. The 8-Voice (1977) had 8 SEMs, a 49-note keyboard, and a programmer module, and can be used polyphonically. 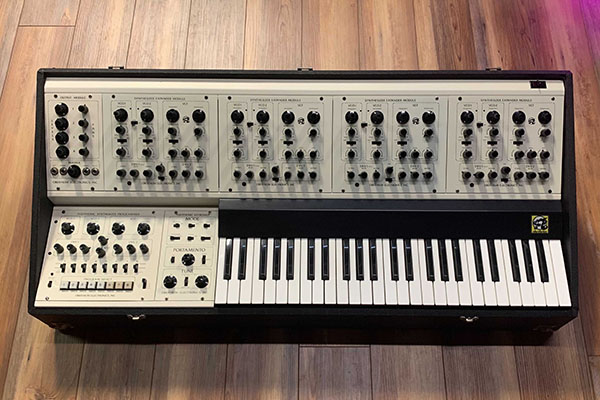