The Poly-800 (1983) and Poly-800 II (1985) are 49-note 8-voice analog polysynths that feature battery operation and the ability to be strapped over the shoulder like a guitar. The Poly-800 can be powered by C-cell batteries, and these batteries are also used for program memory. So when they run down, patches go away. This was rectified in the Poly-800 II, and this later synth also added digital delay effects and MIDI SysEx implementation. 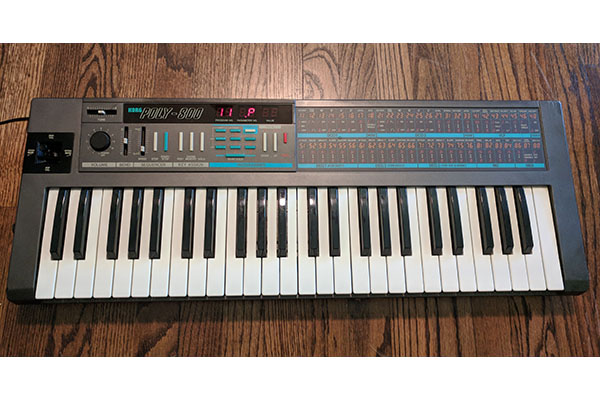 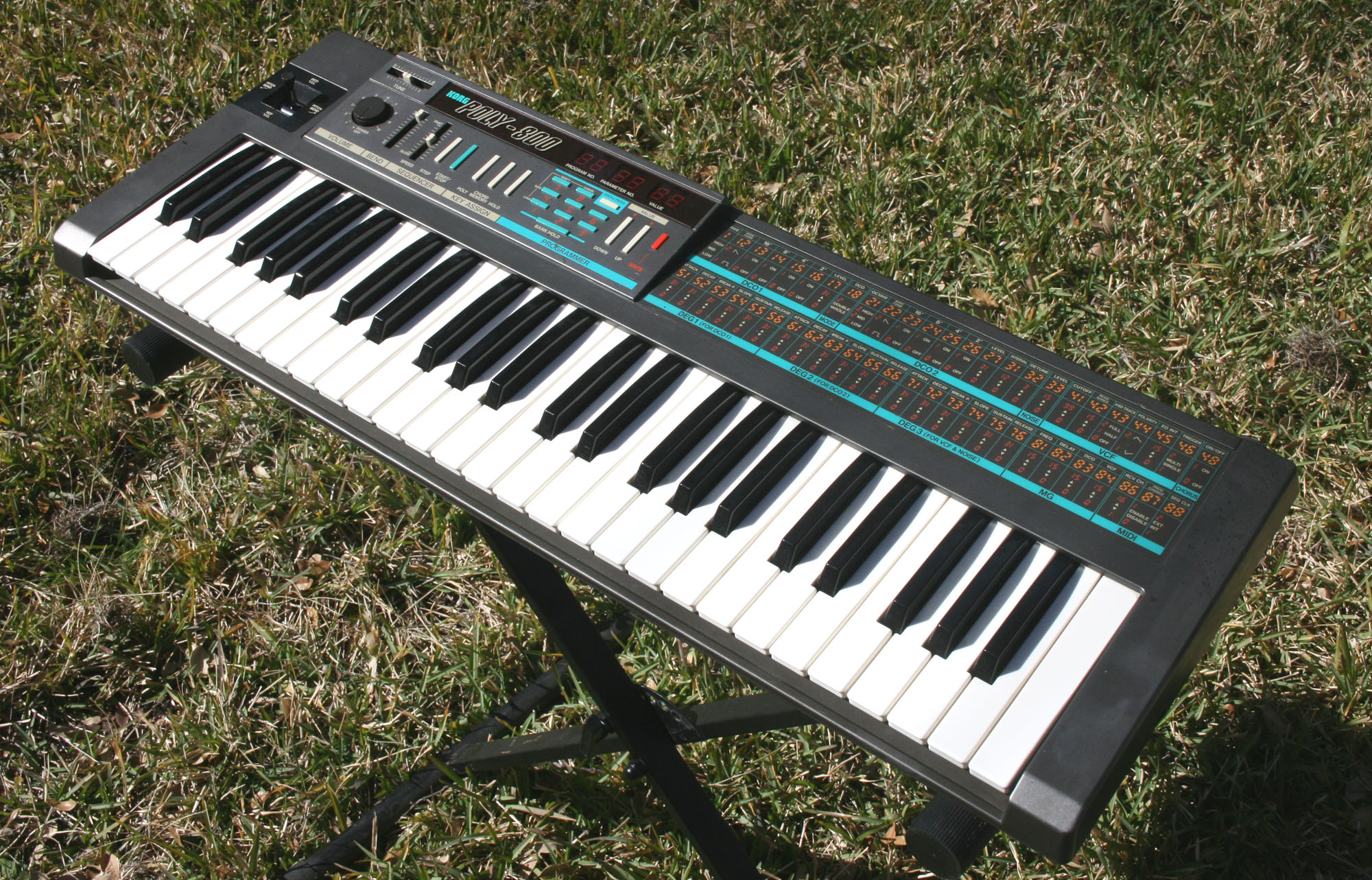 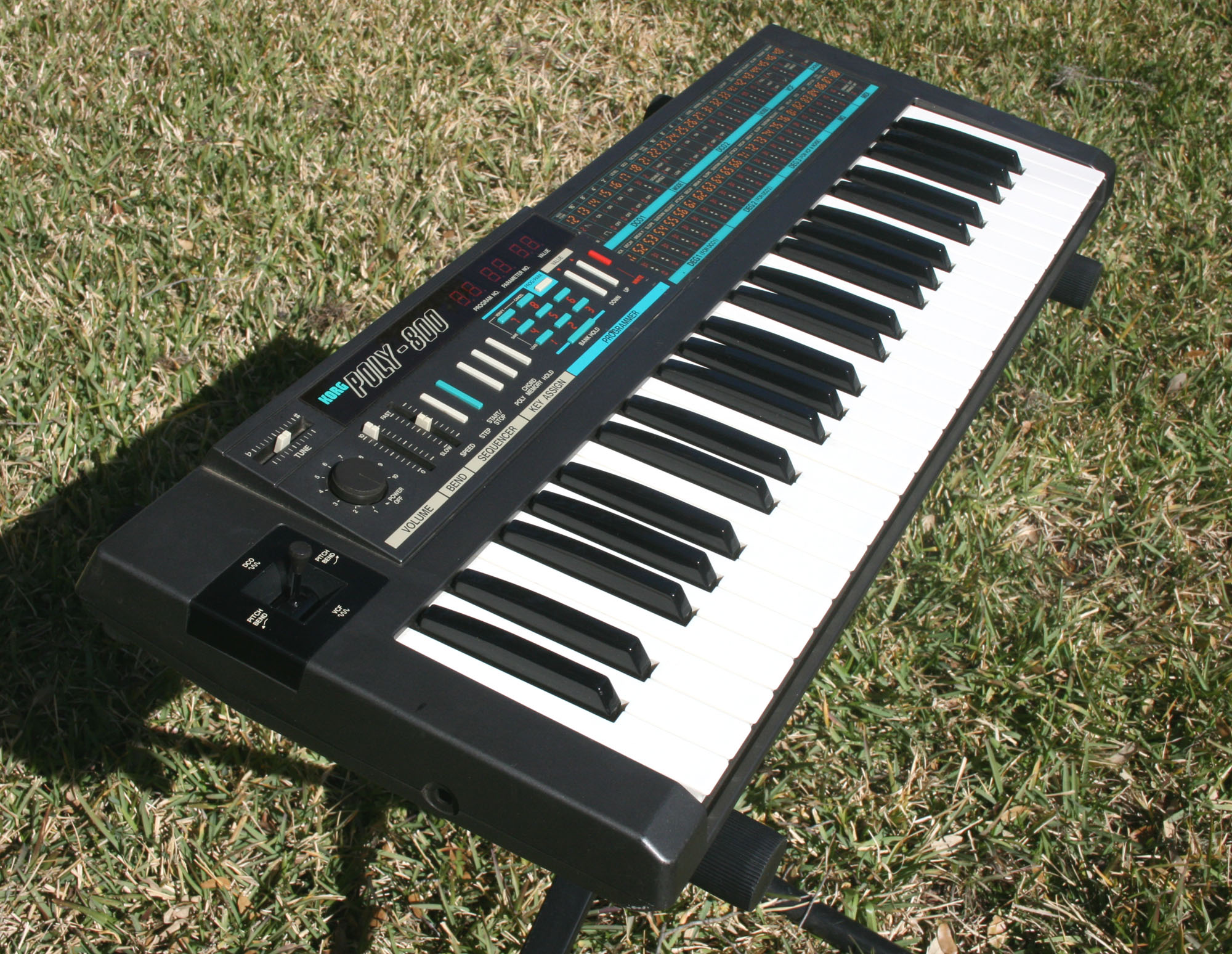 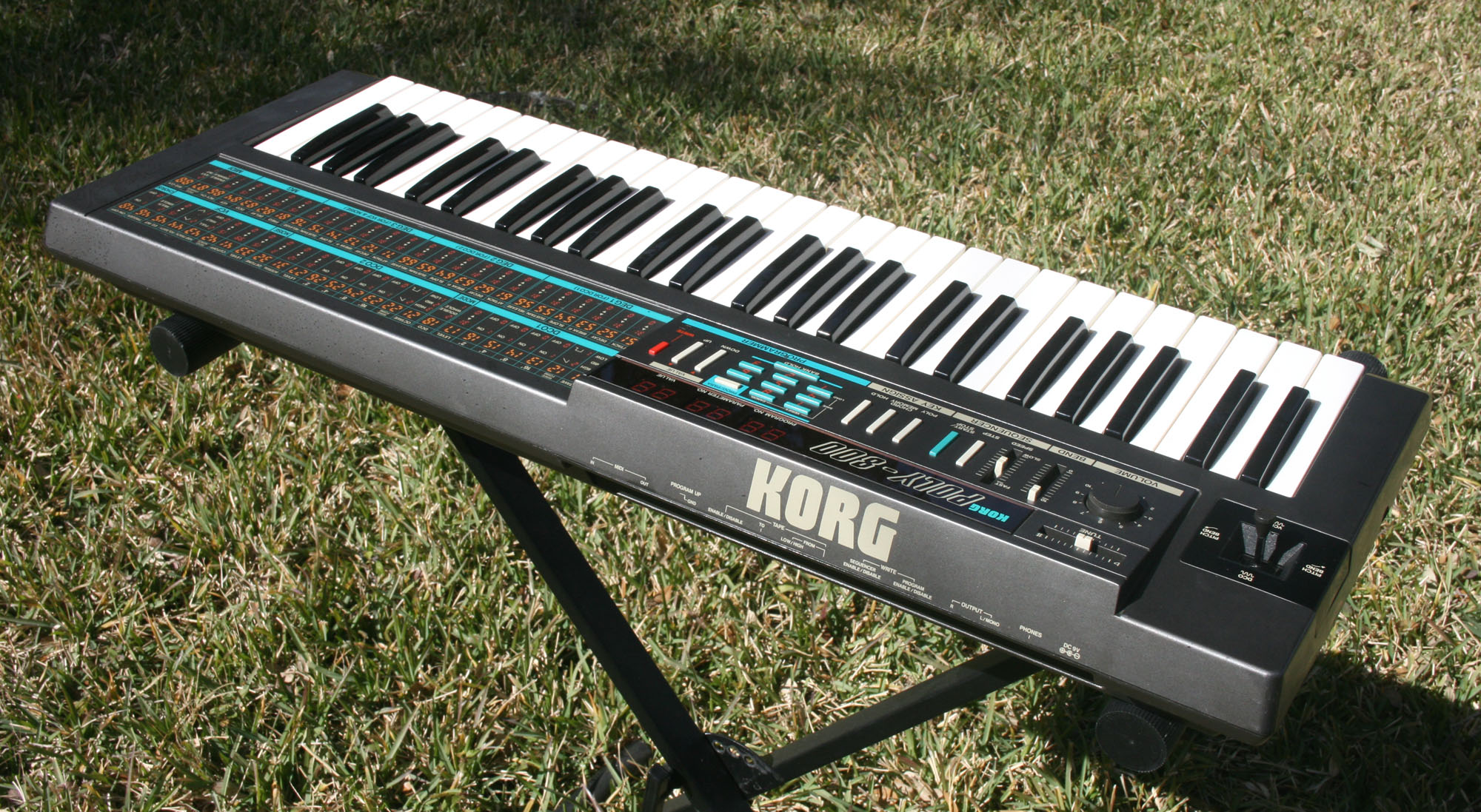 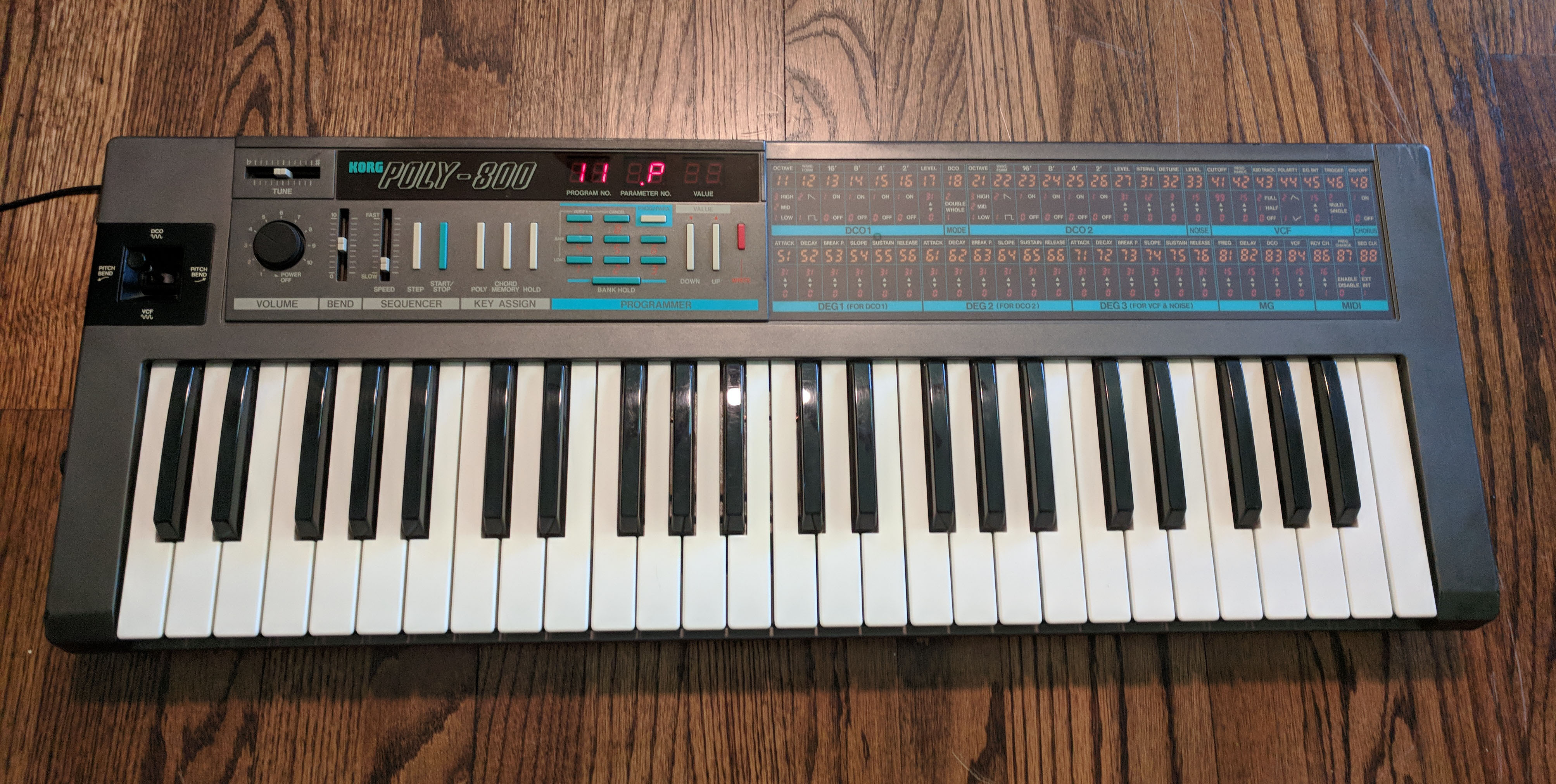 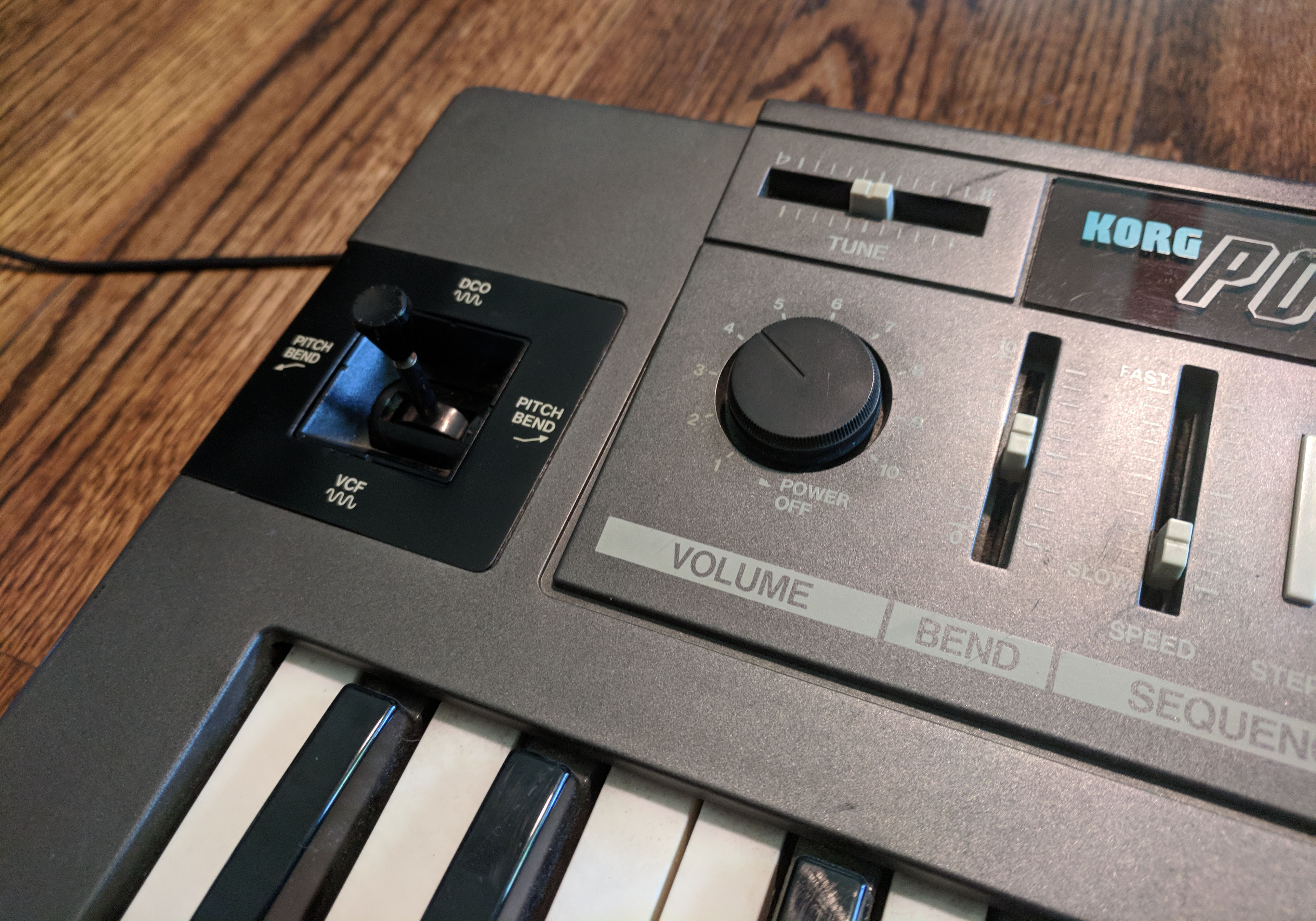