The DSK-1 was the last of three Mirage keyboard models, and its 8-bit sound was just as crunchy and unique as its predecessors. Unique to the third-generation Mirage is the pseudo-stereo outputs. It looks rather similar to the second-generation DSK-8, but you can distinguish the newest Mirage by the red stripe across the front panel, and by the "Mirage-DSK" logo on top (the older logos just read "Mirage"). Gone in the new Mirage were the Expansion Port and the Sync jack. The Mirage DSK-1 sold for $1295, and included two sound disks, a sustain pedal, the Musician's Manual, the Advanced Sampler's Guide, the Formatting Disk, and a laminated Parameter Reference Card. 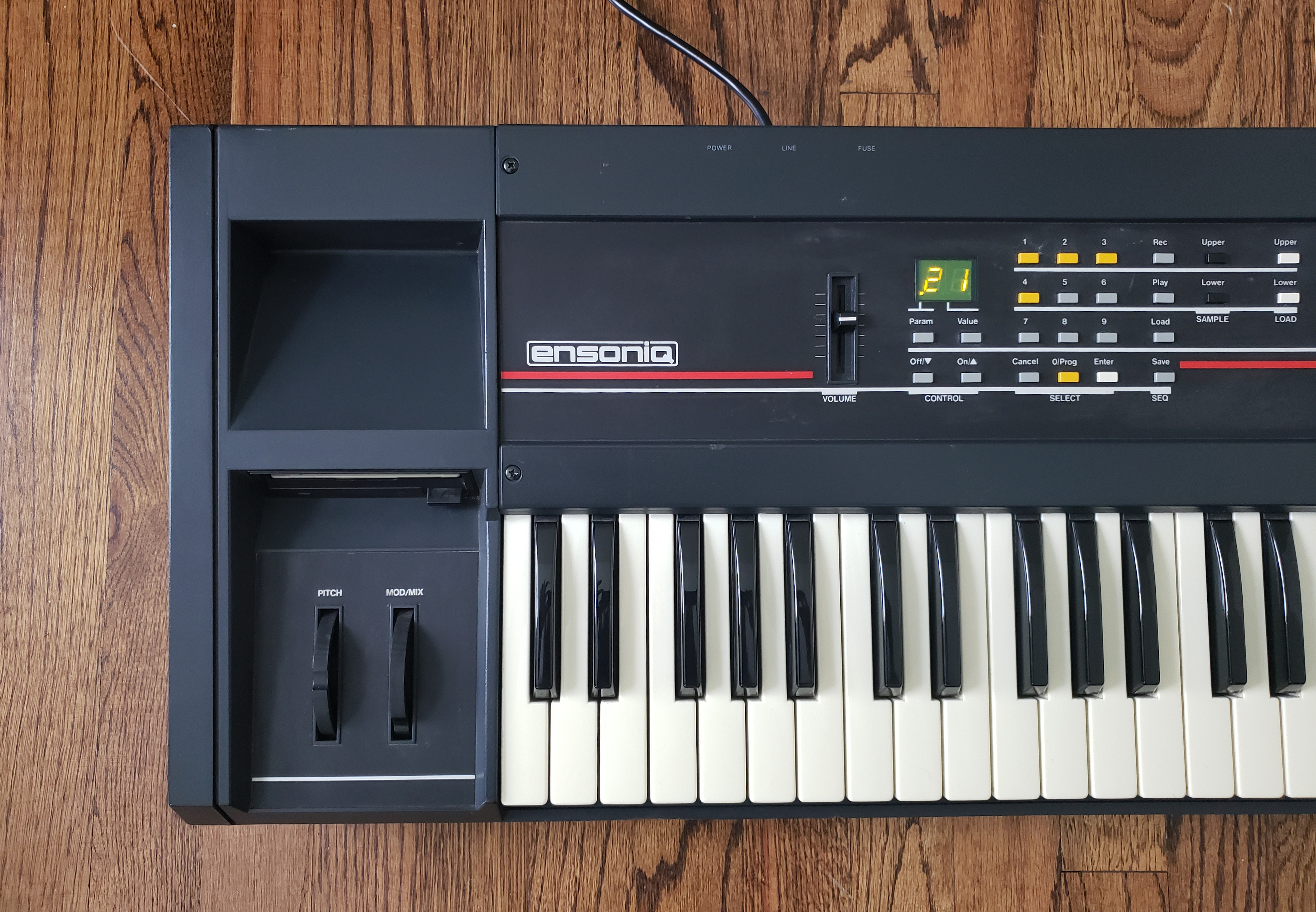 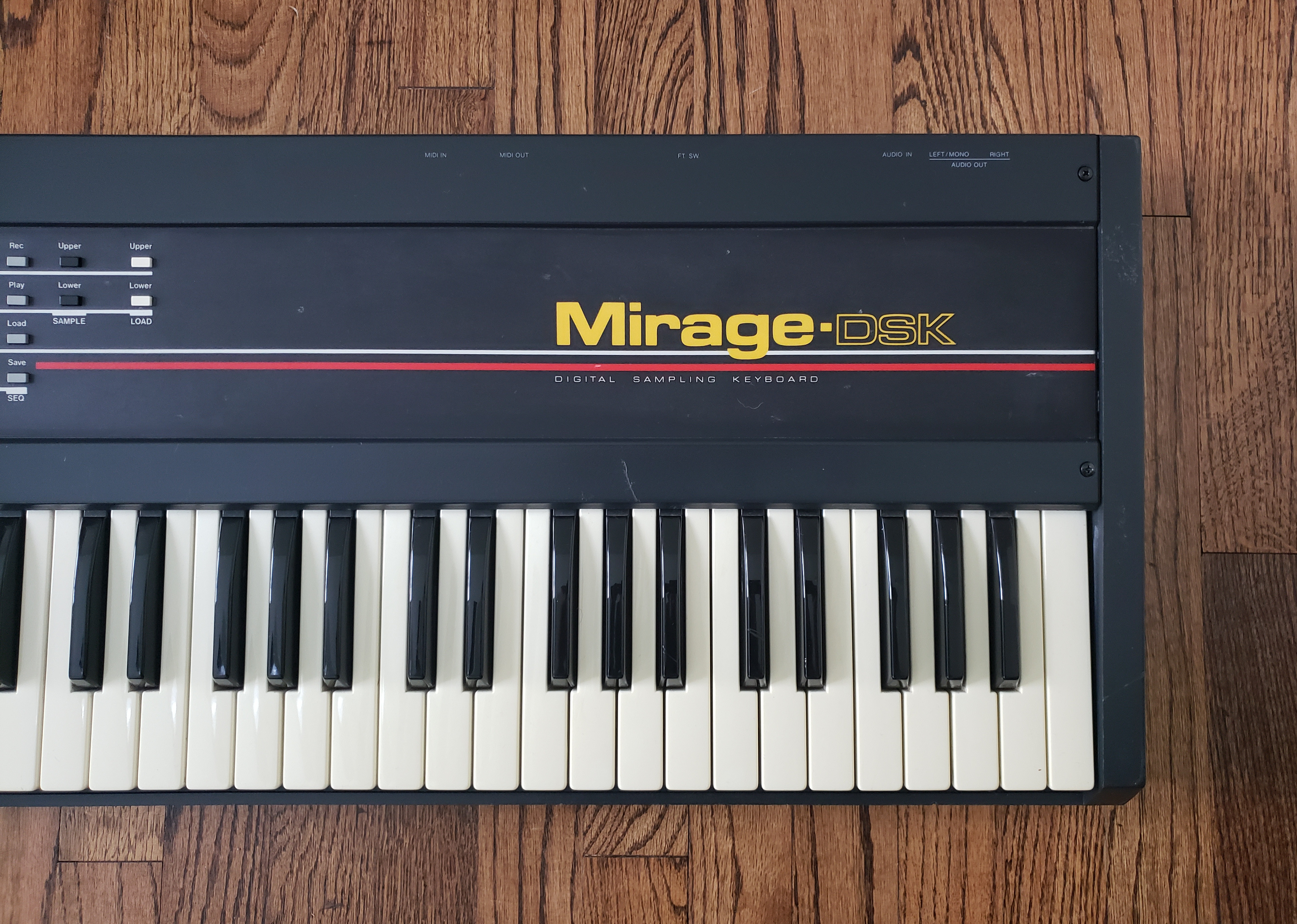 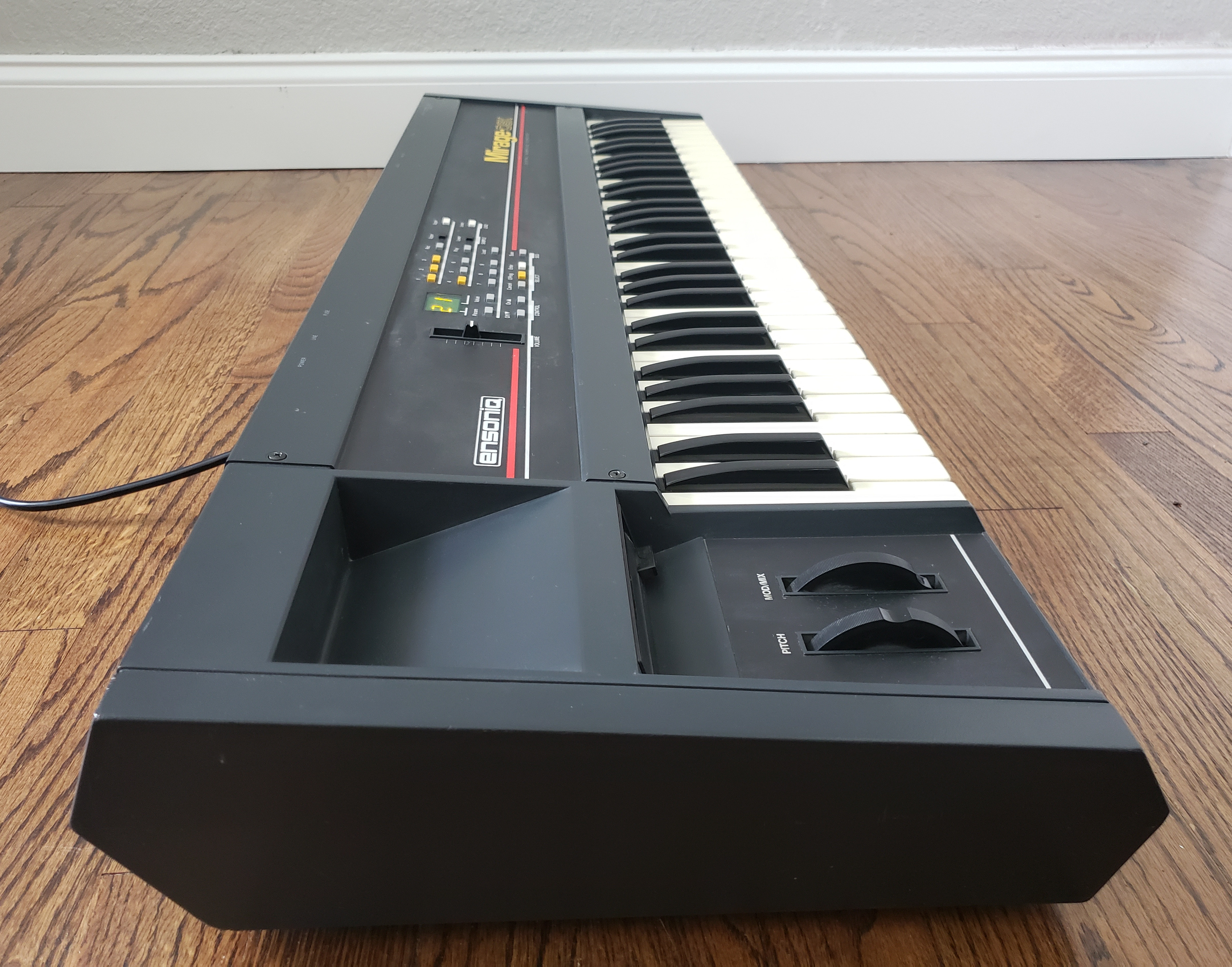 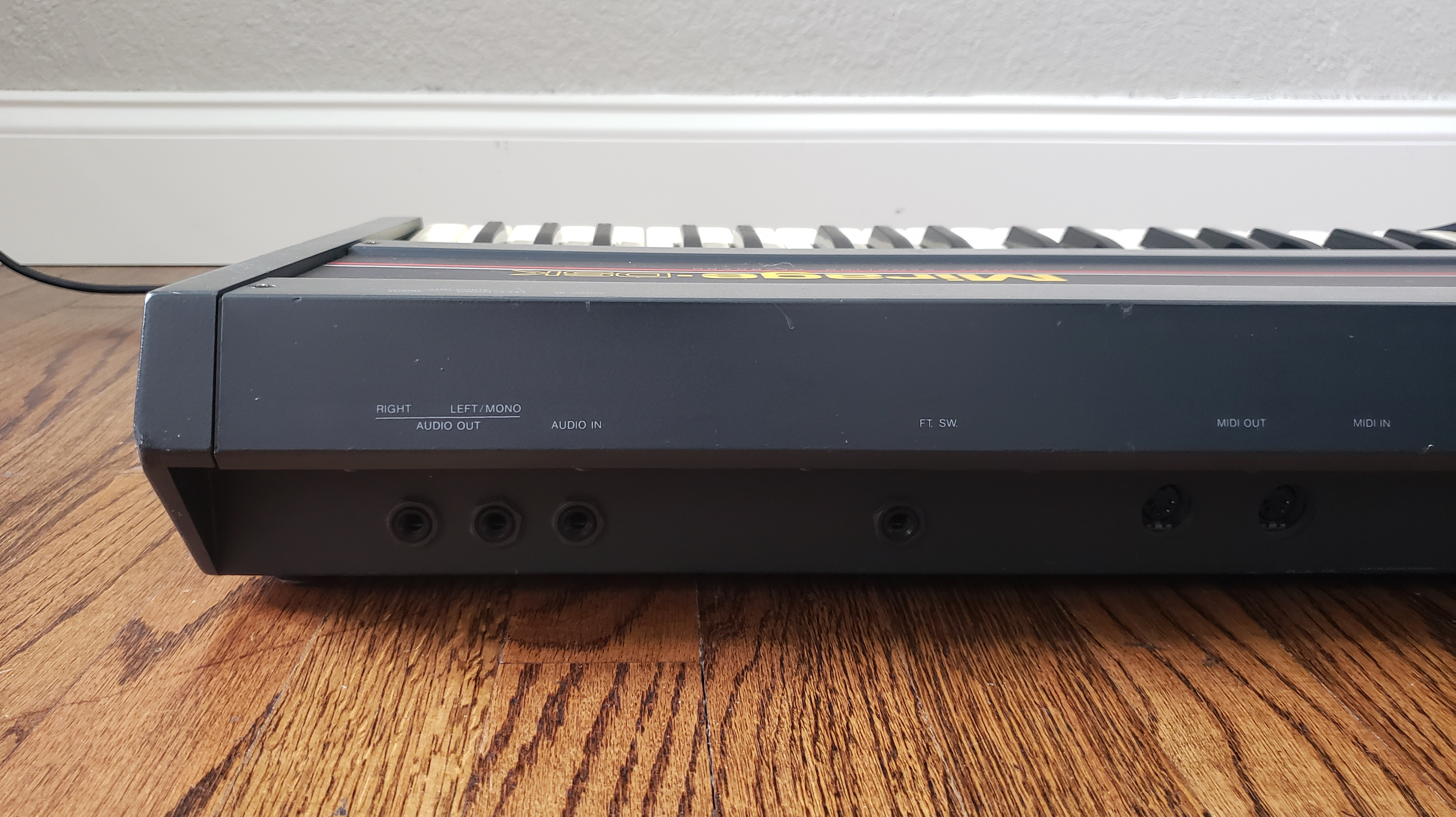 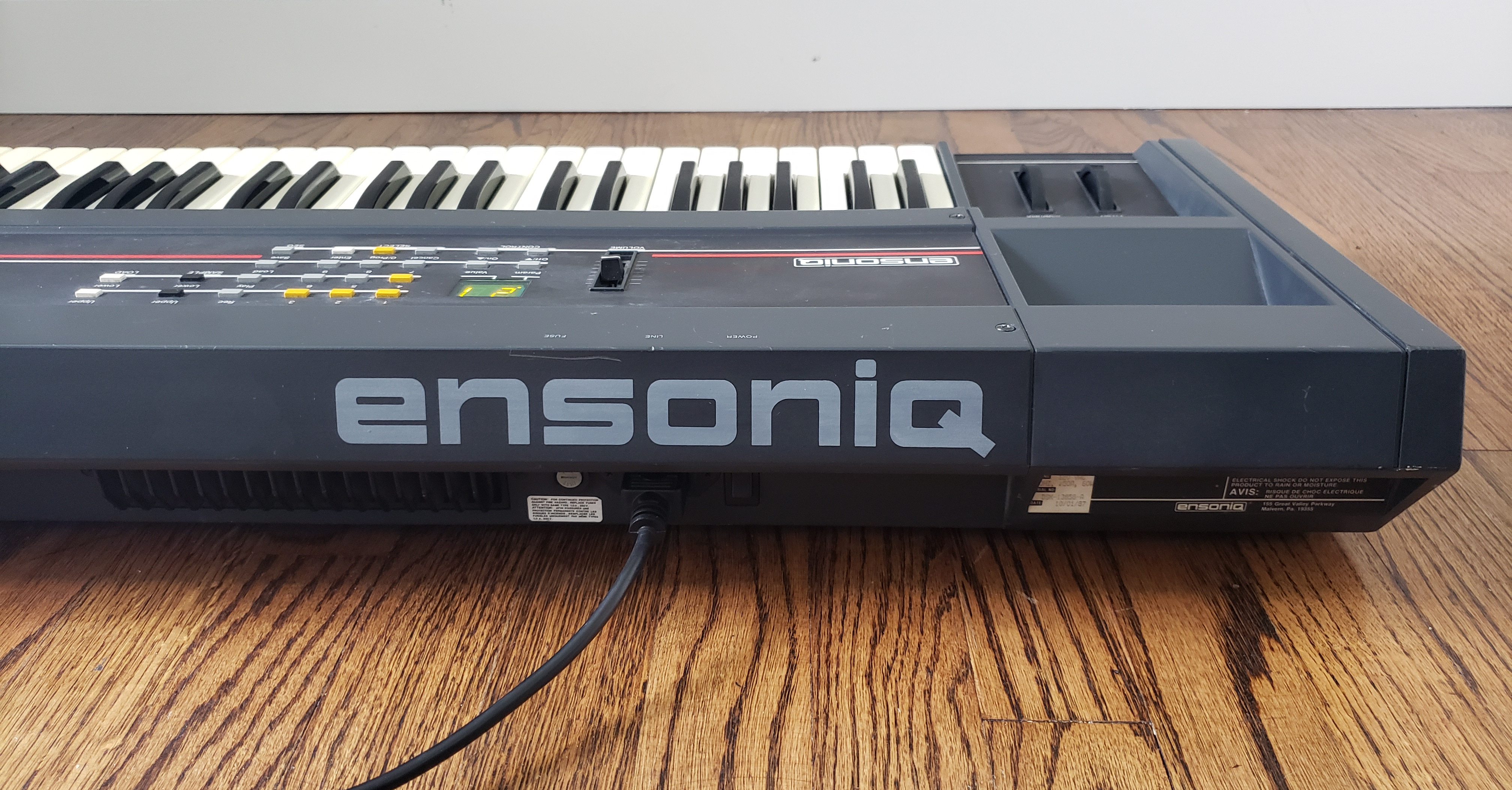 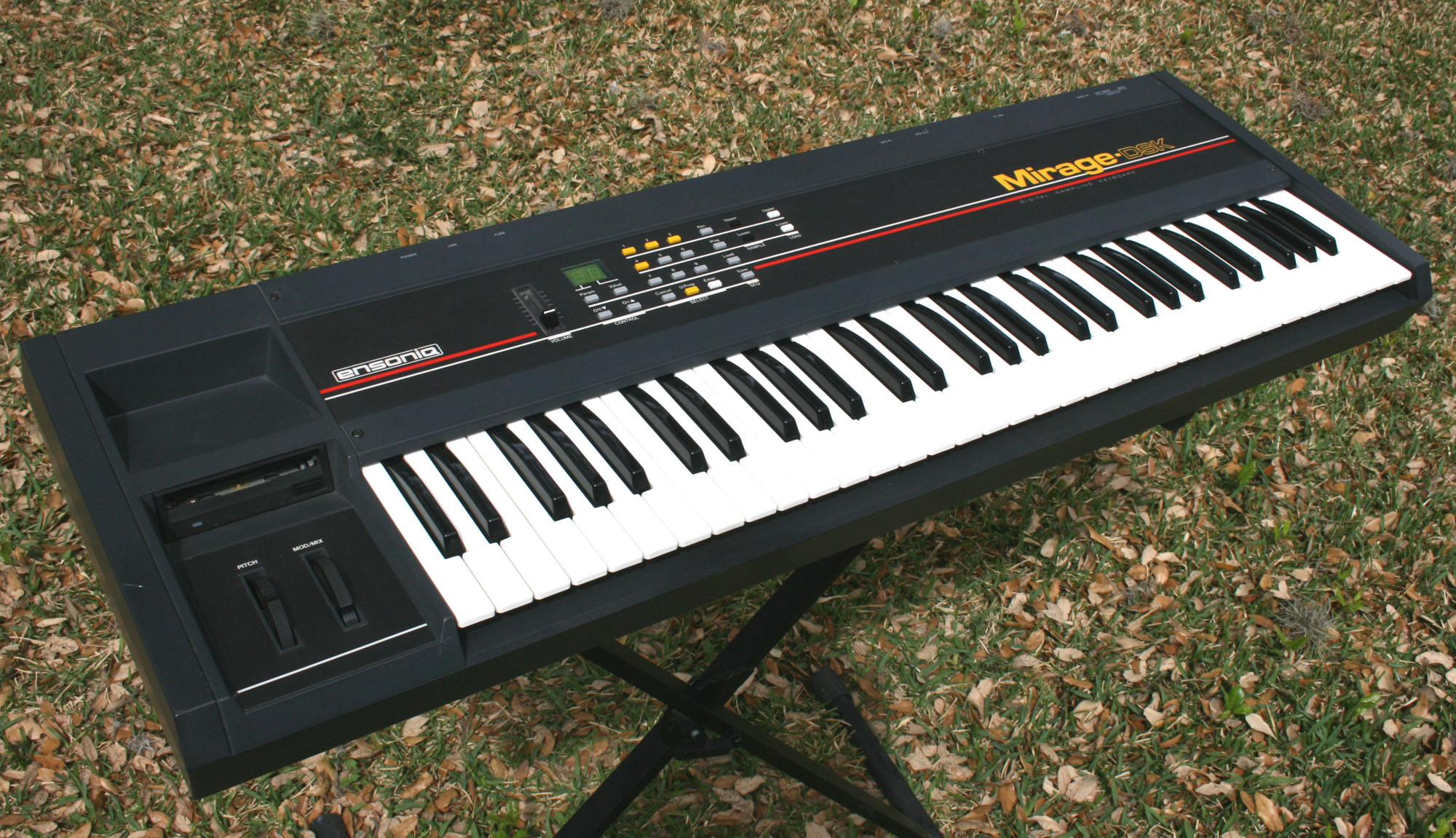 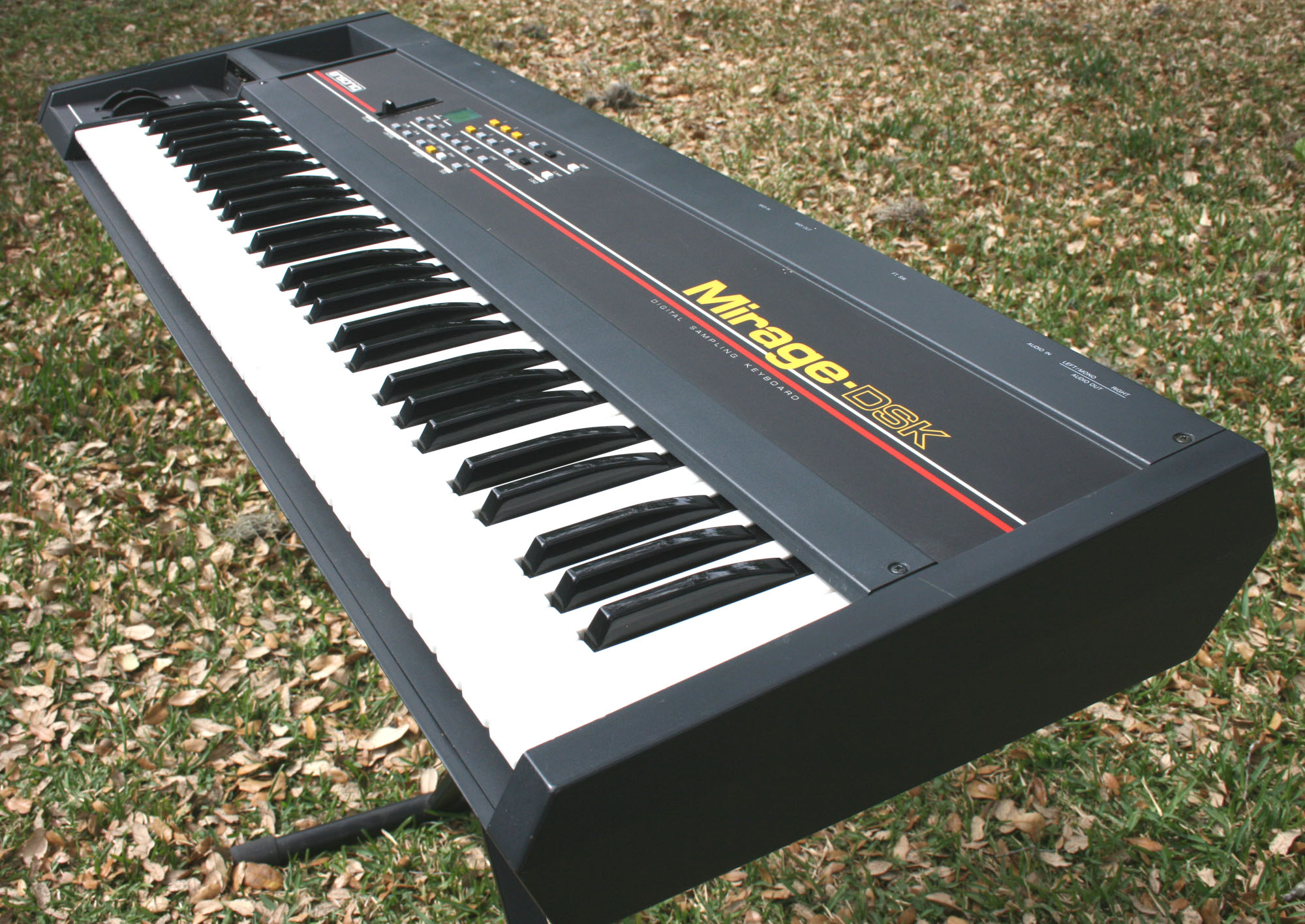 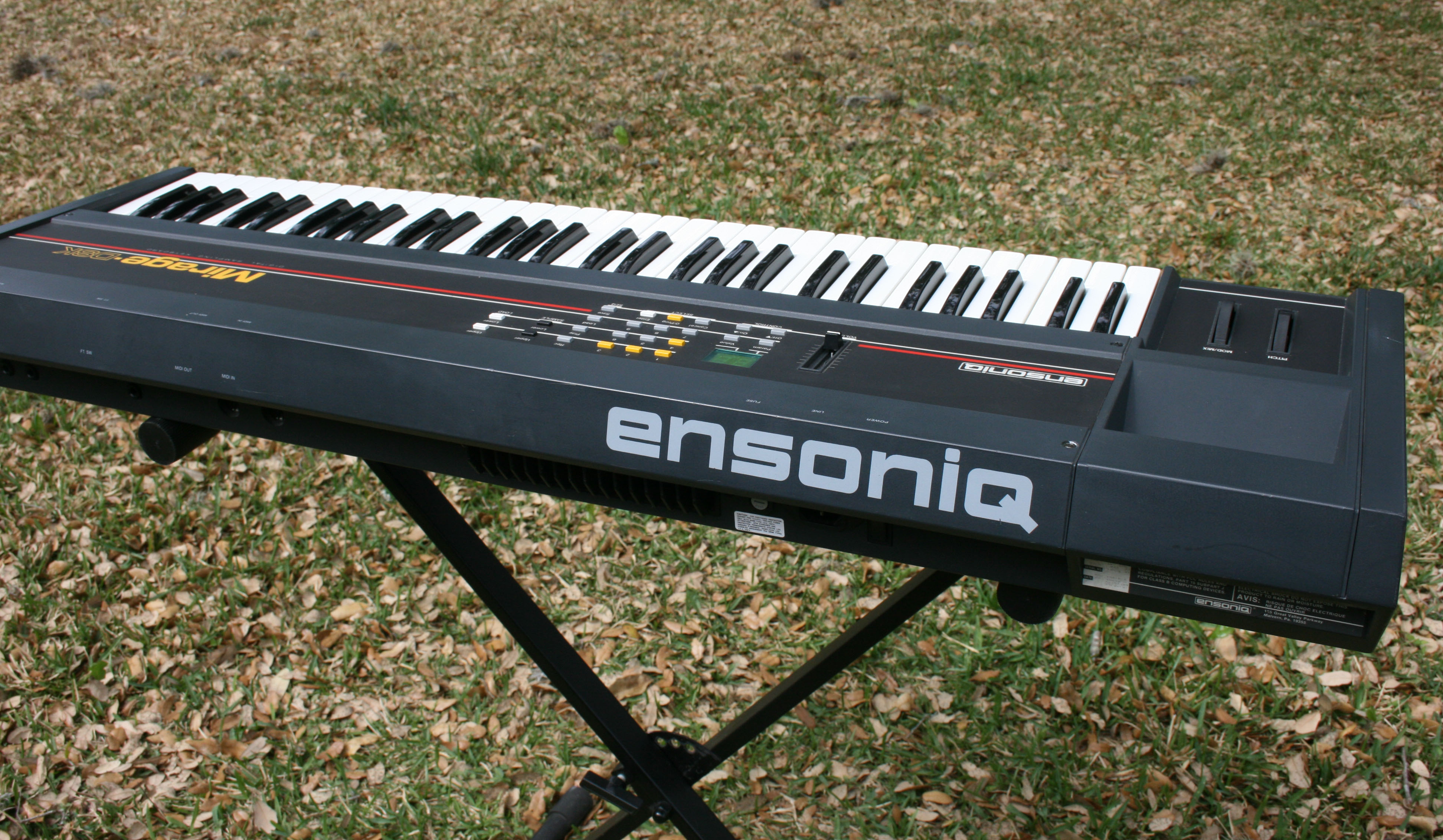 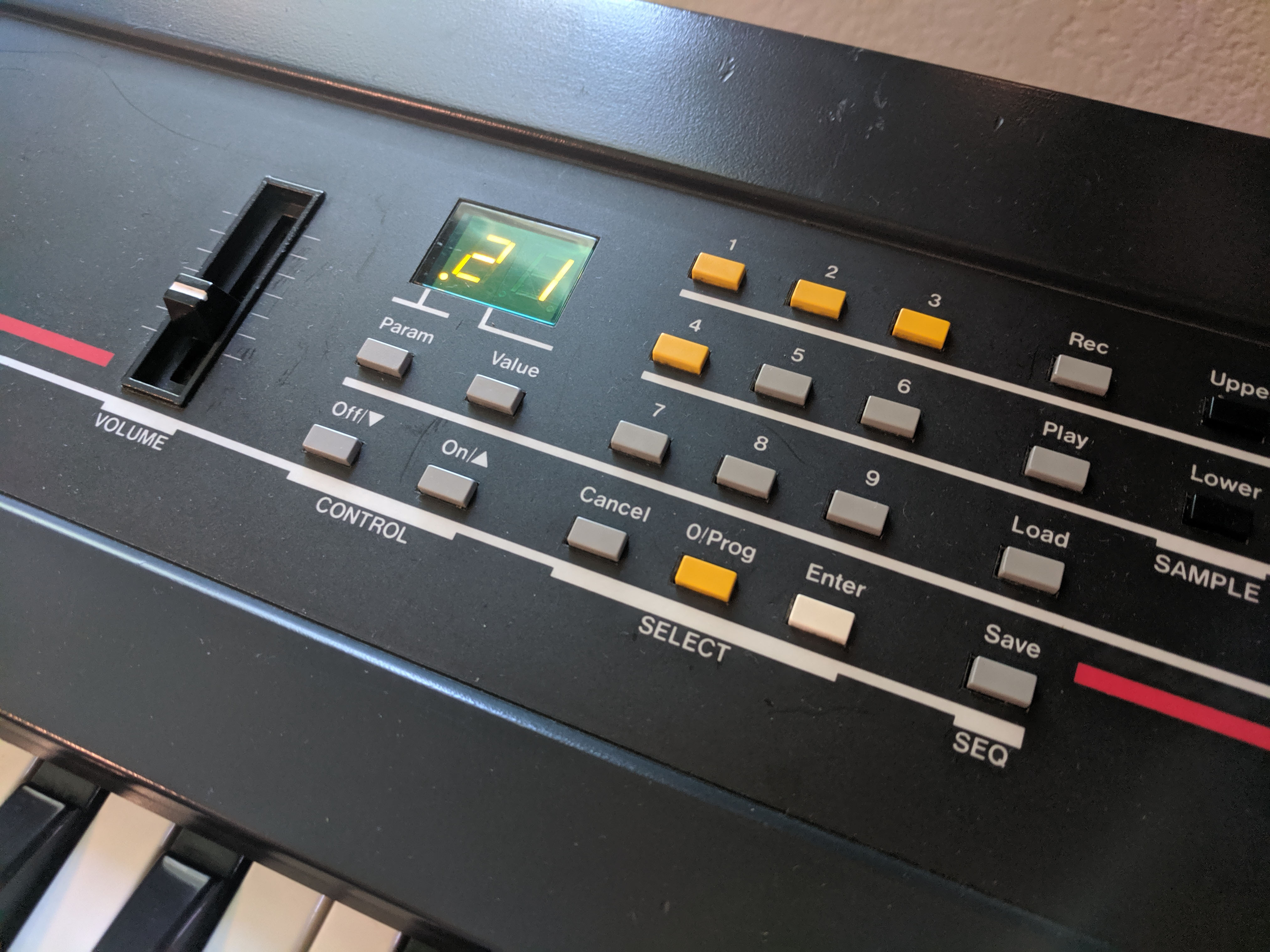 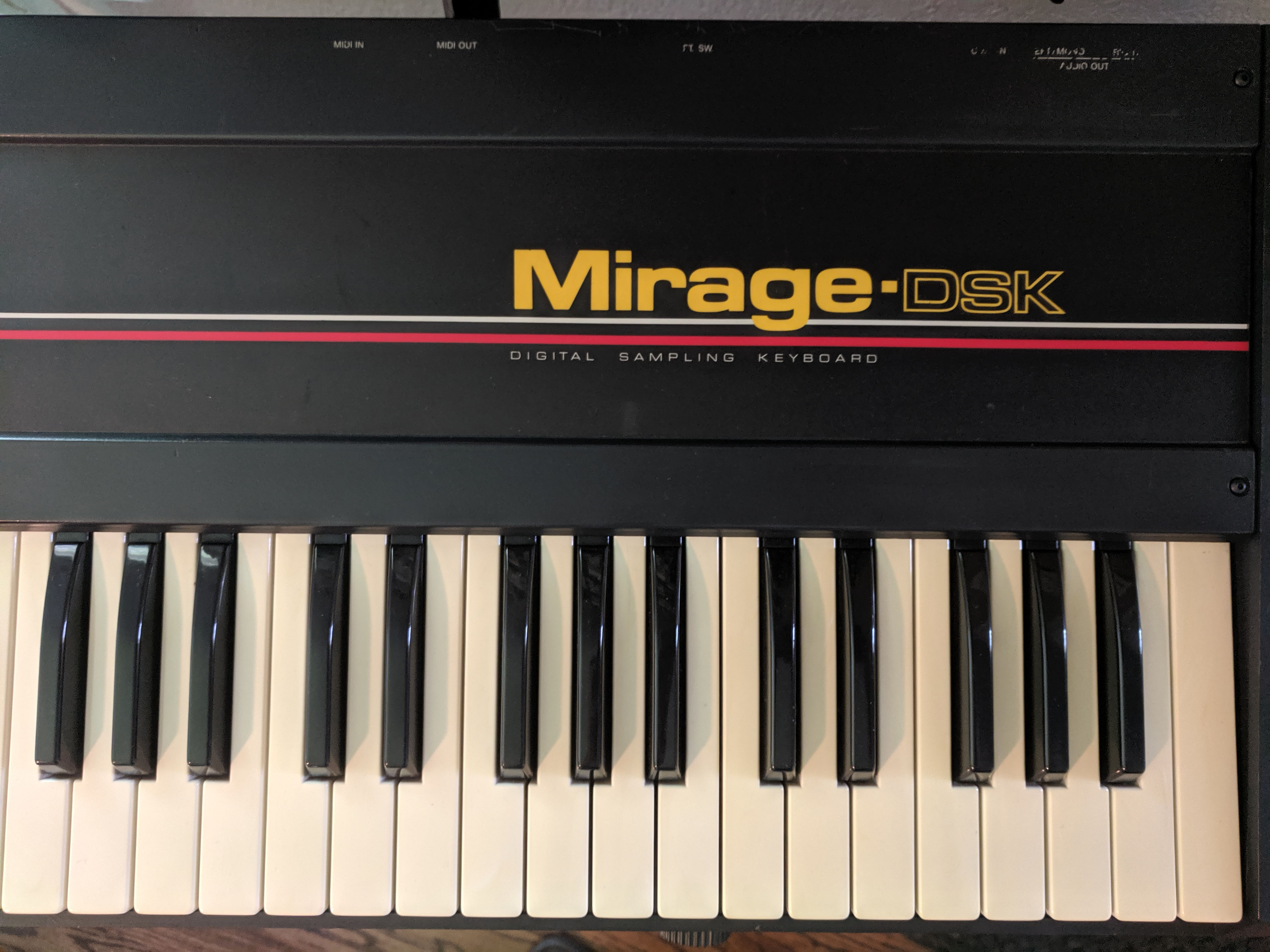 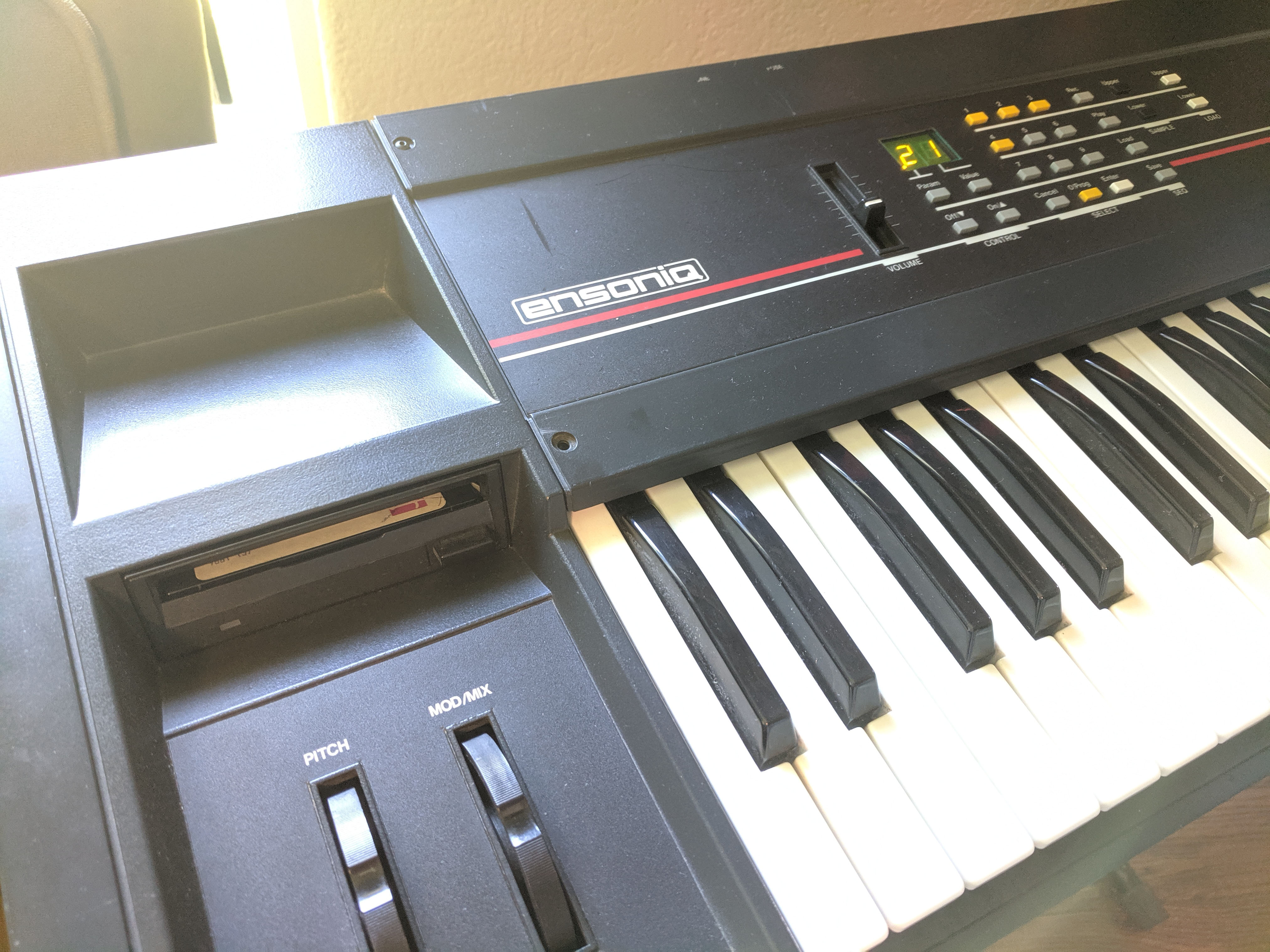