This is Korg's great-sounding analog string machine. There were just two different Poly-Ensemble keyboards, but each was released under both the Korg and Univox brands, so their names can be a bit confusing. The 'P' models were geared to piano-type sounds; Korg called this the Polyphonic Ensemble P (Model PE-1000), and Univox called it the Poly-Ensemble P (Model K-4). The 'S' models were geared toward sustaining sounds, such as organ and strings, and Korg called this one the Polyphonic Ensemble S (Model PE-2000), while Univox called it the Poly-Ensemble S (Model K-5). 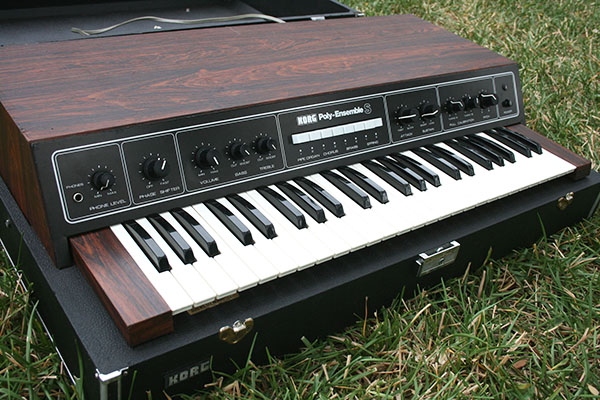 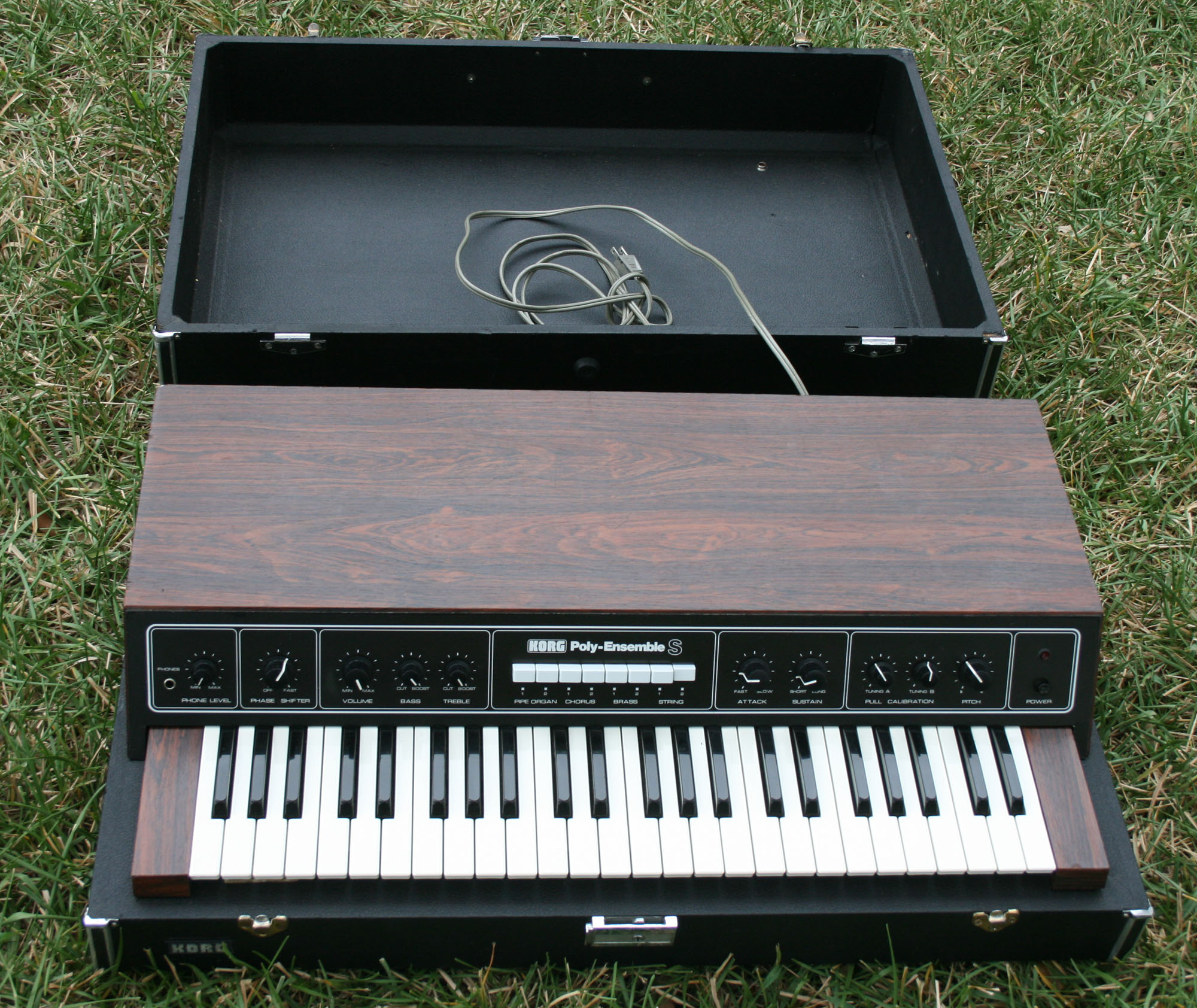 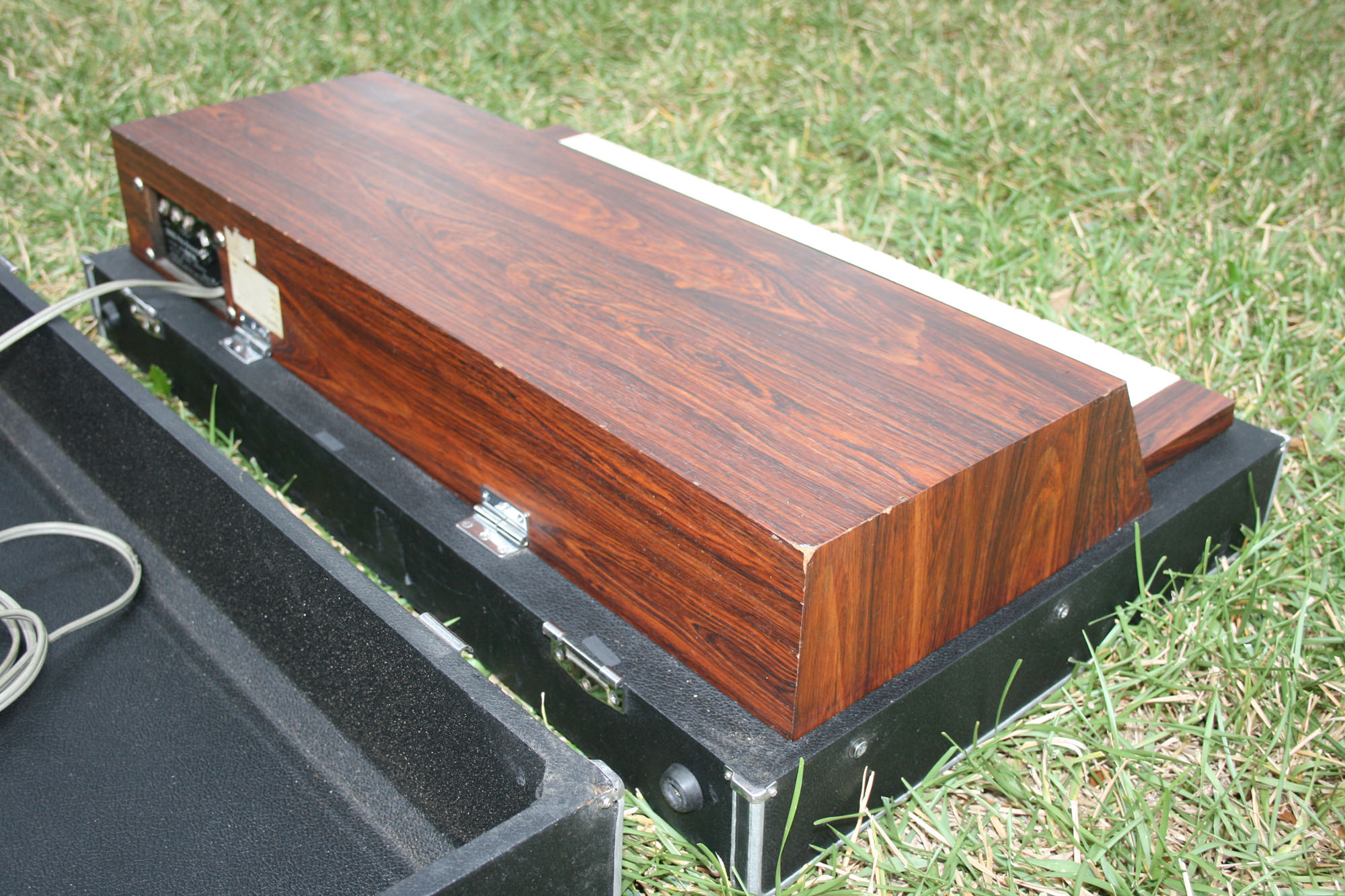 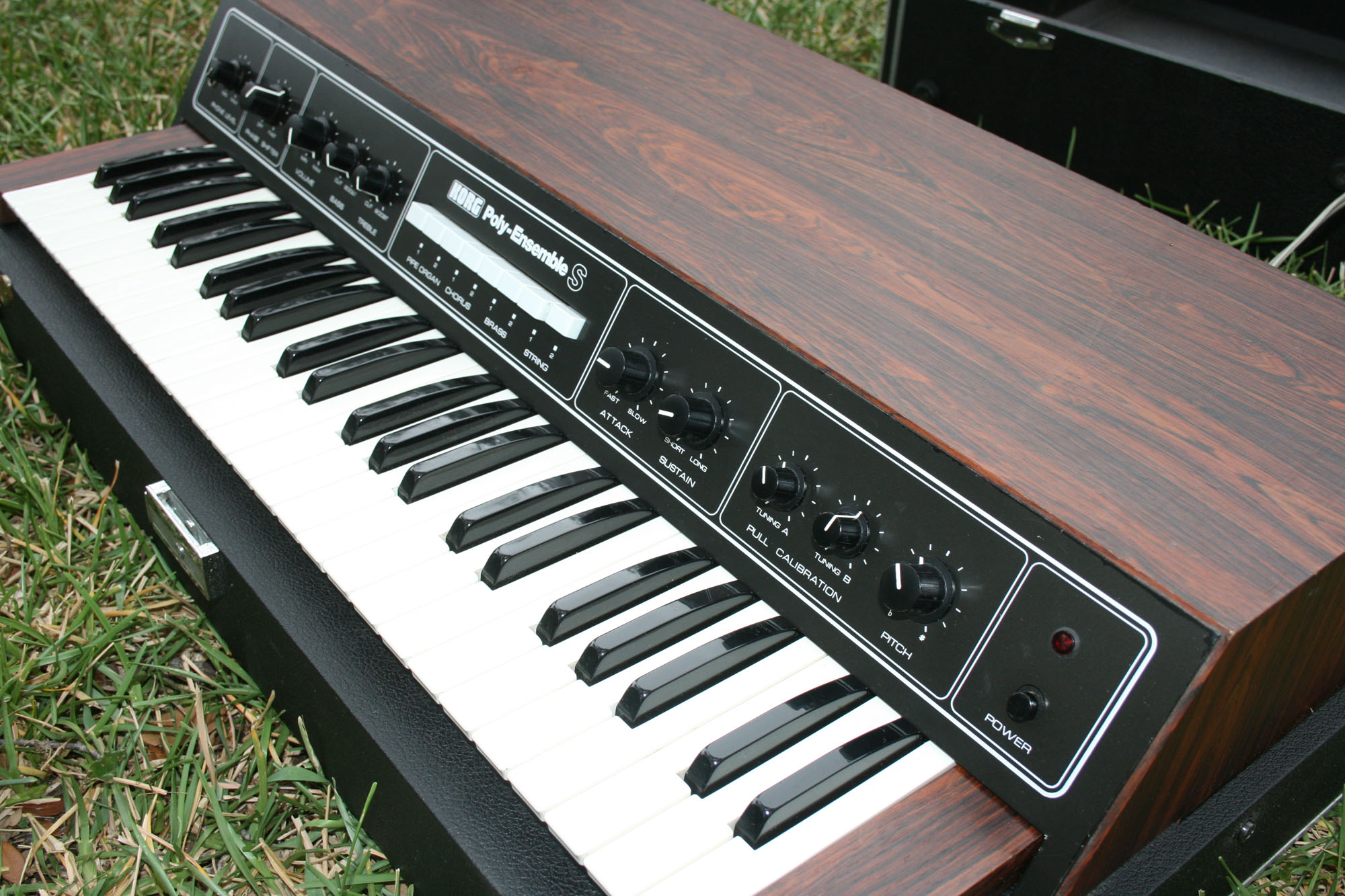 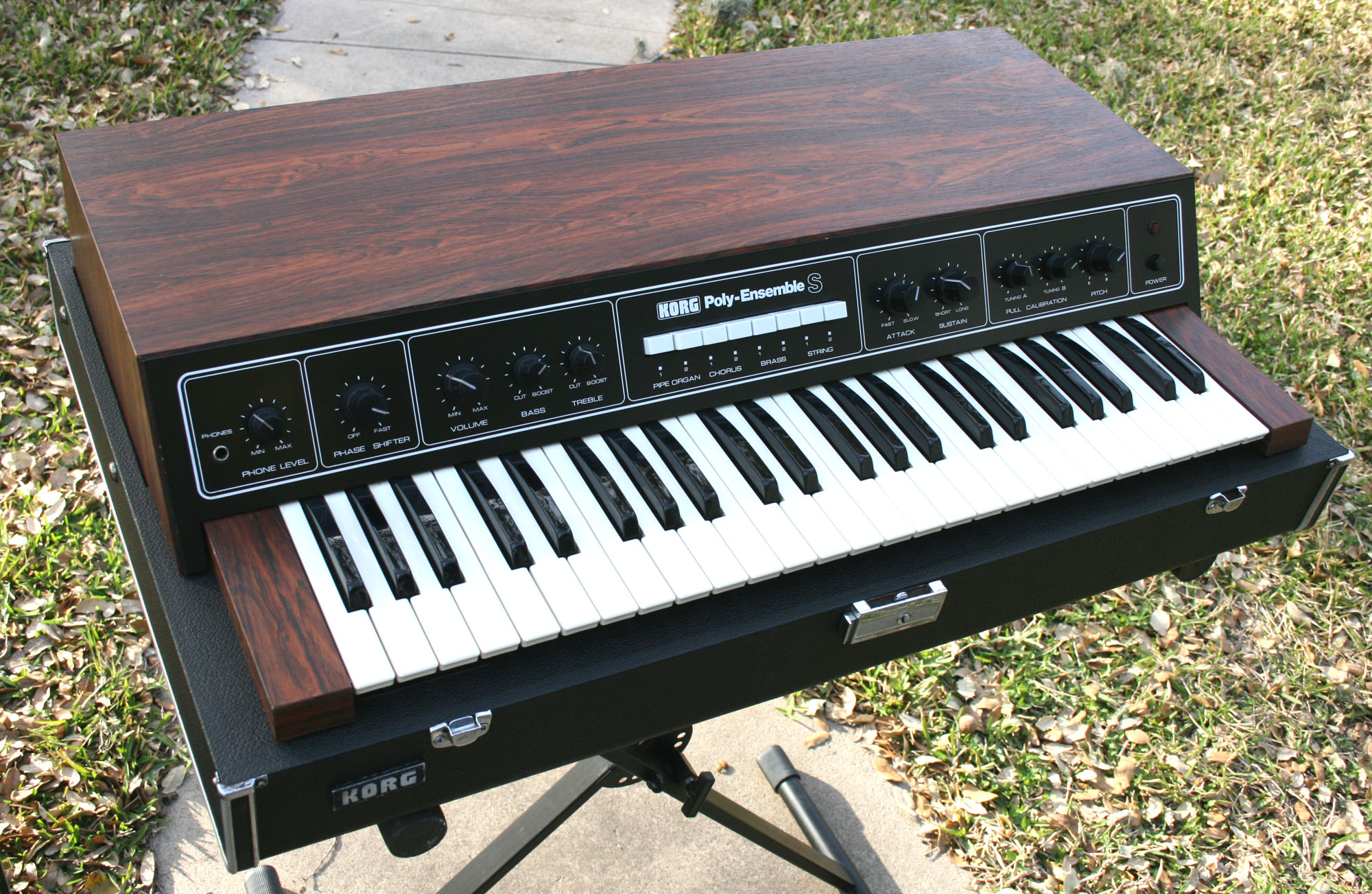 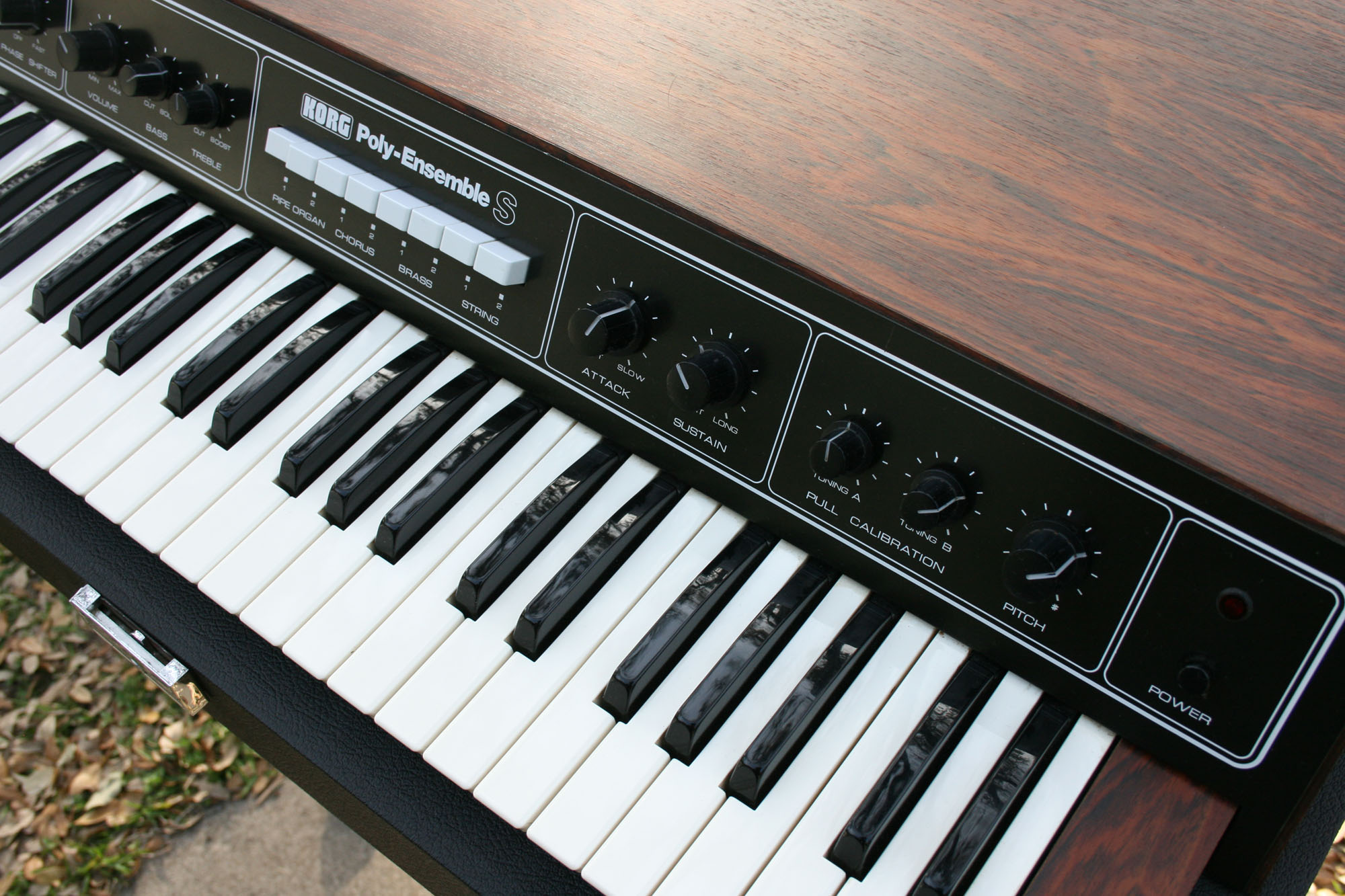 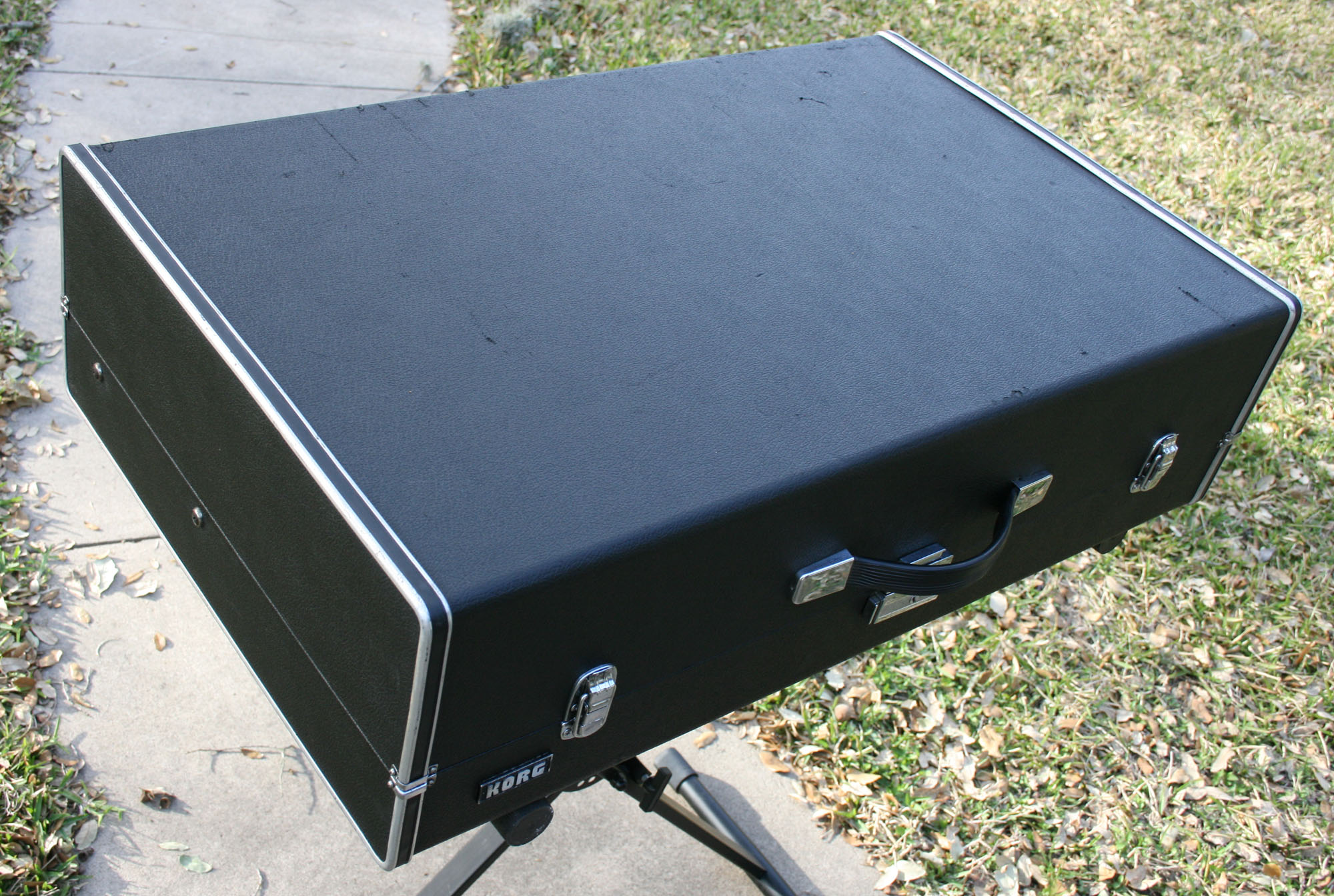 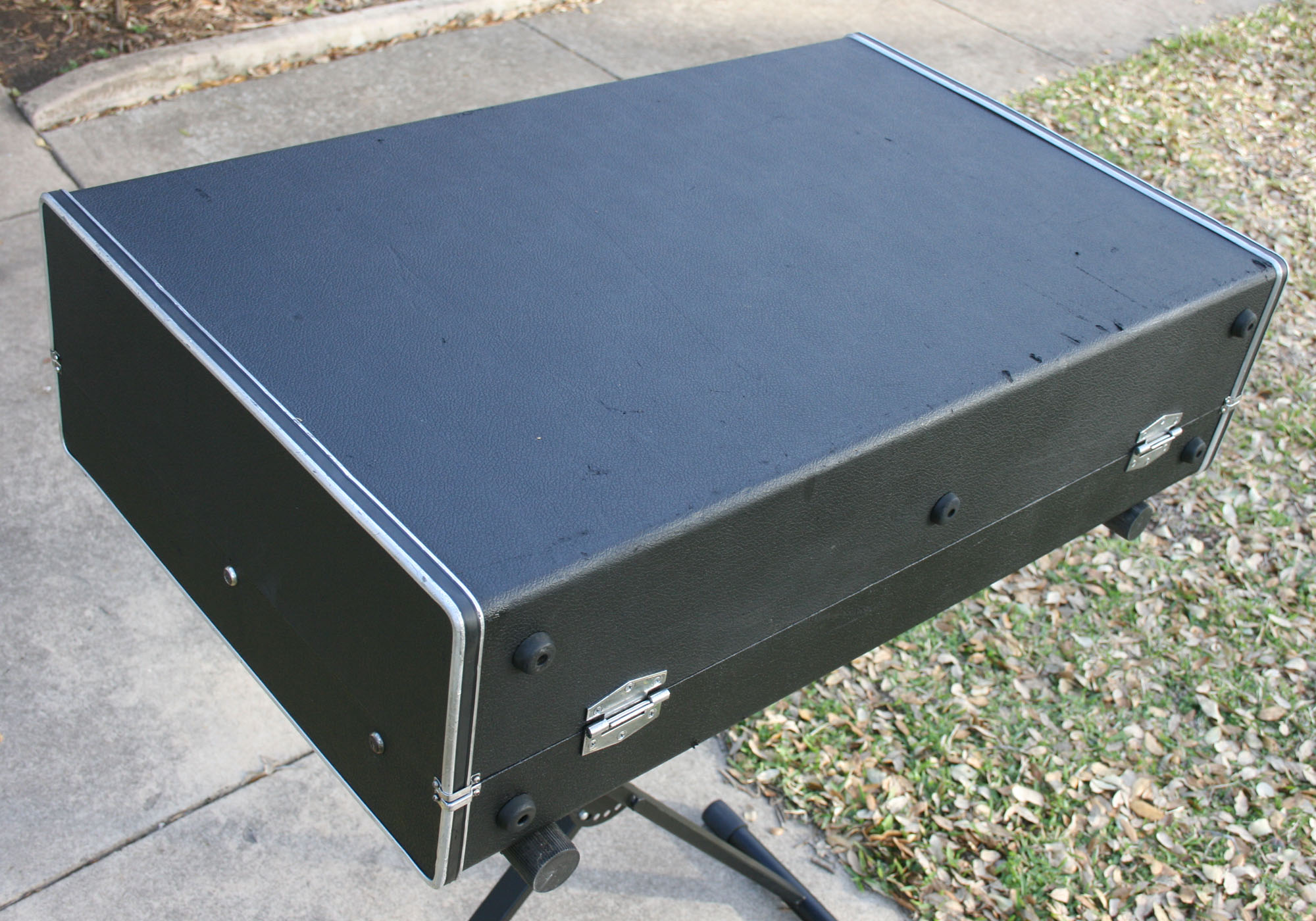 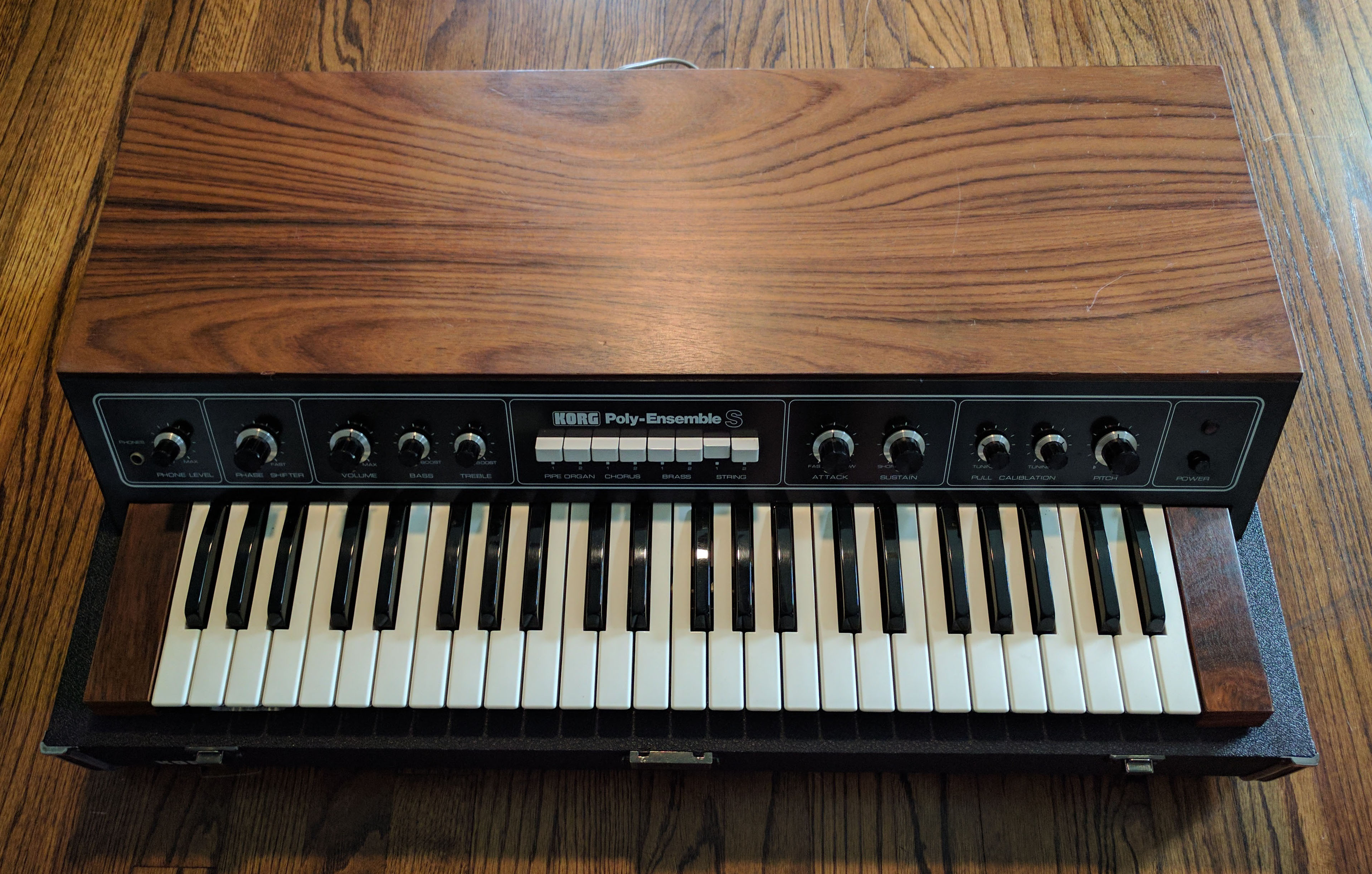 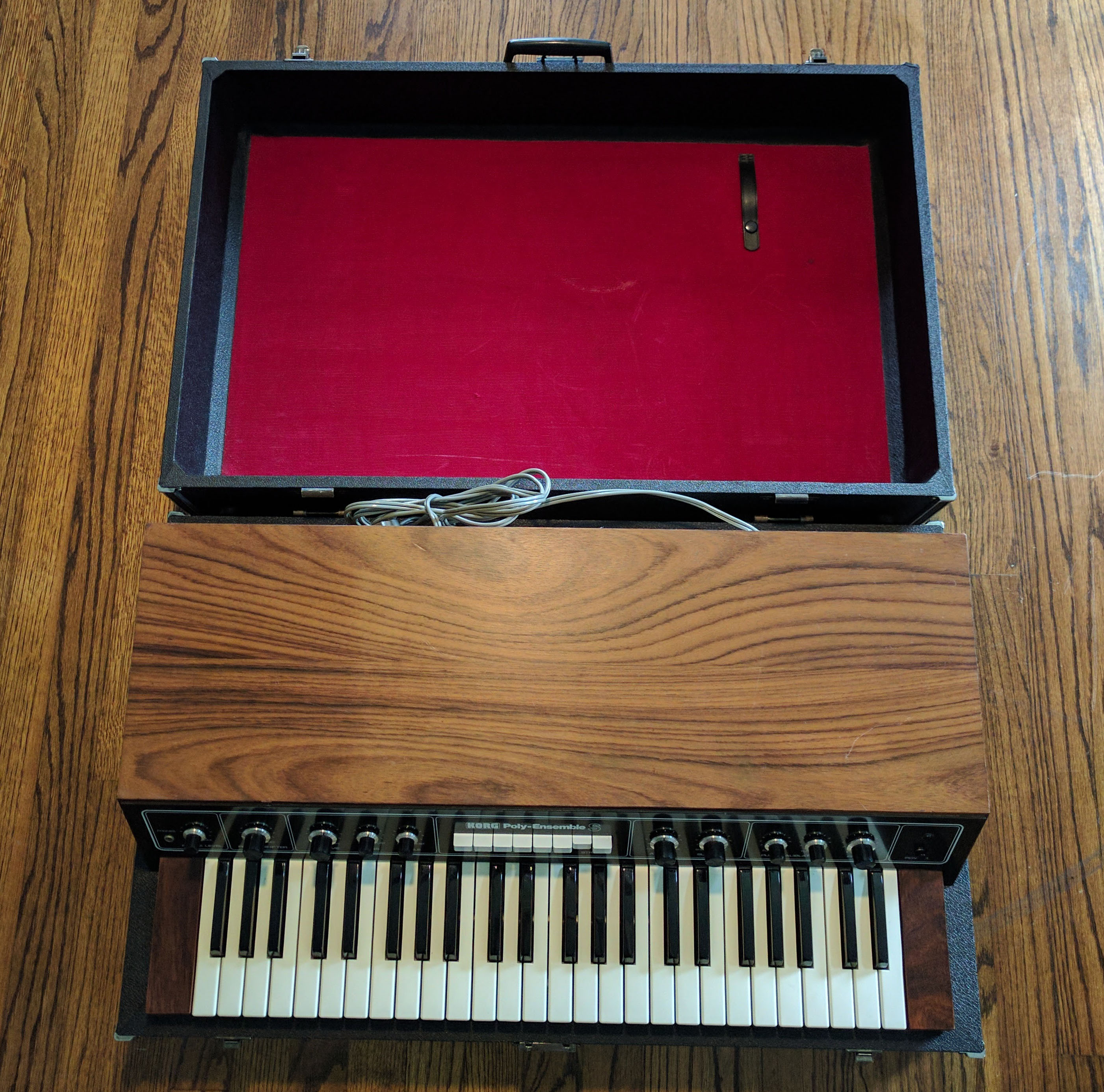 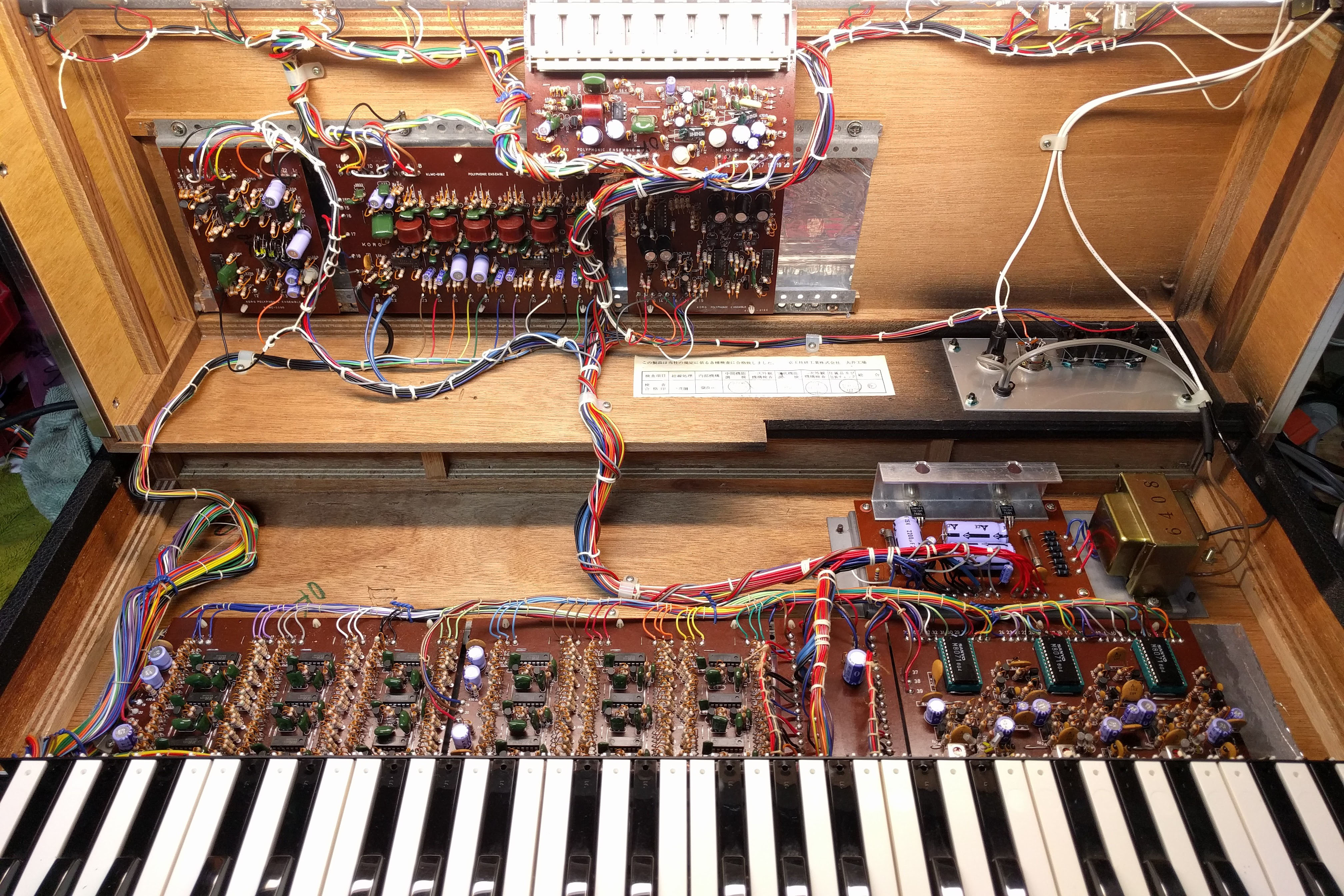 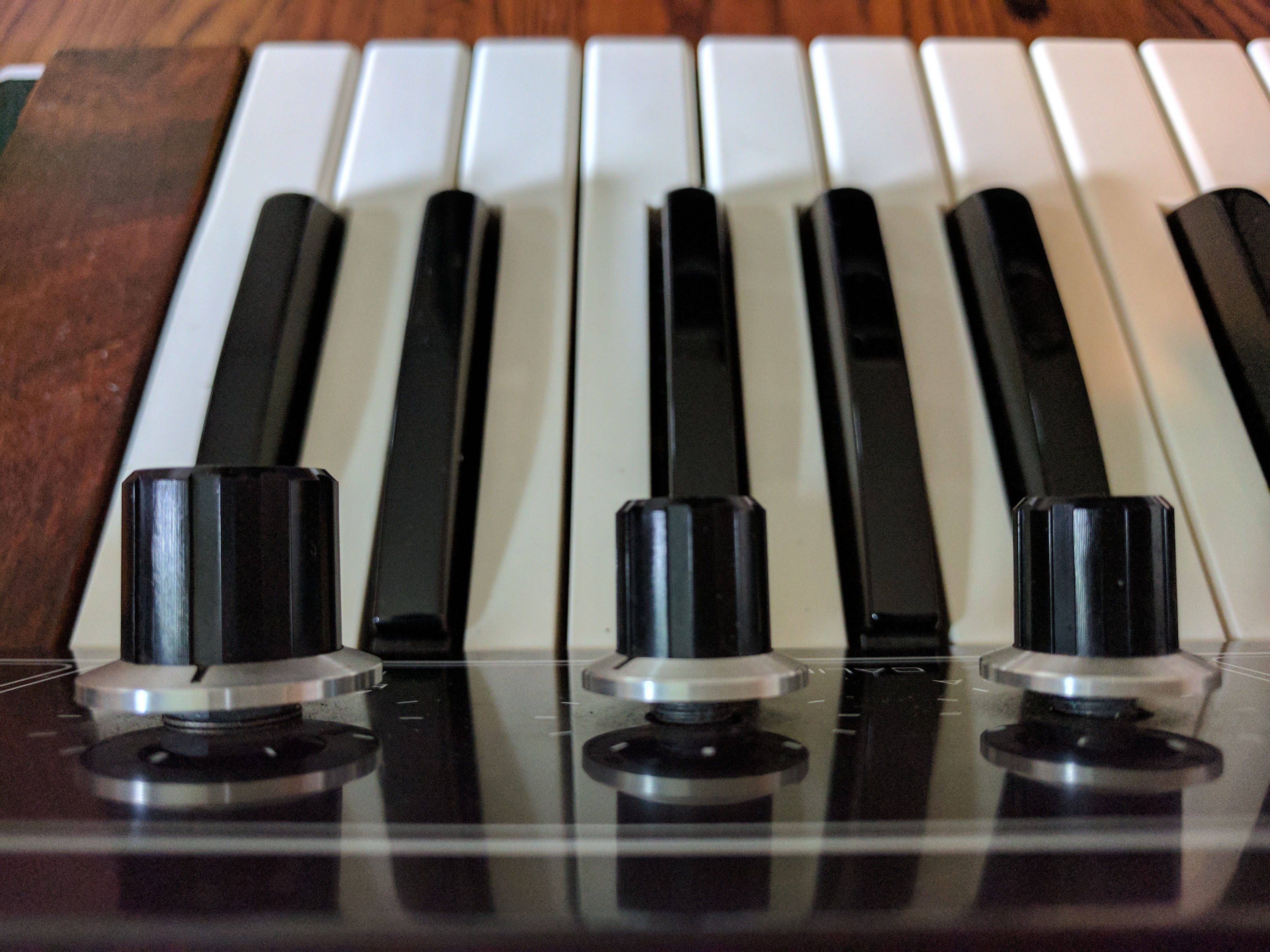 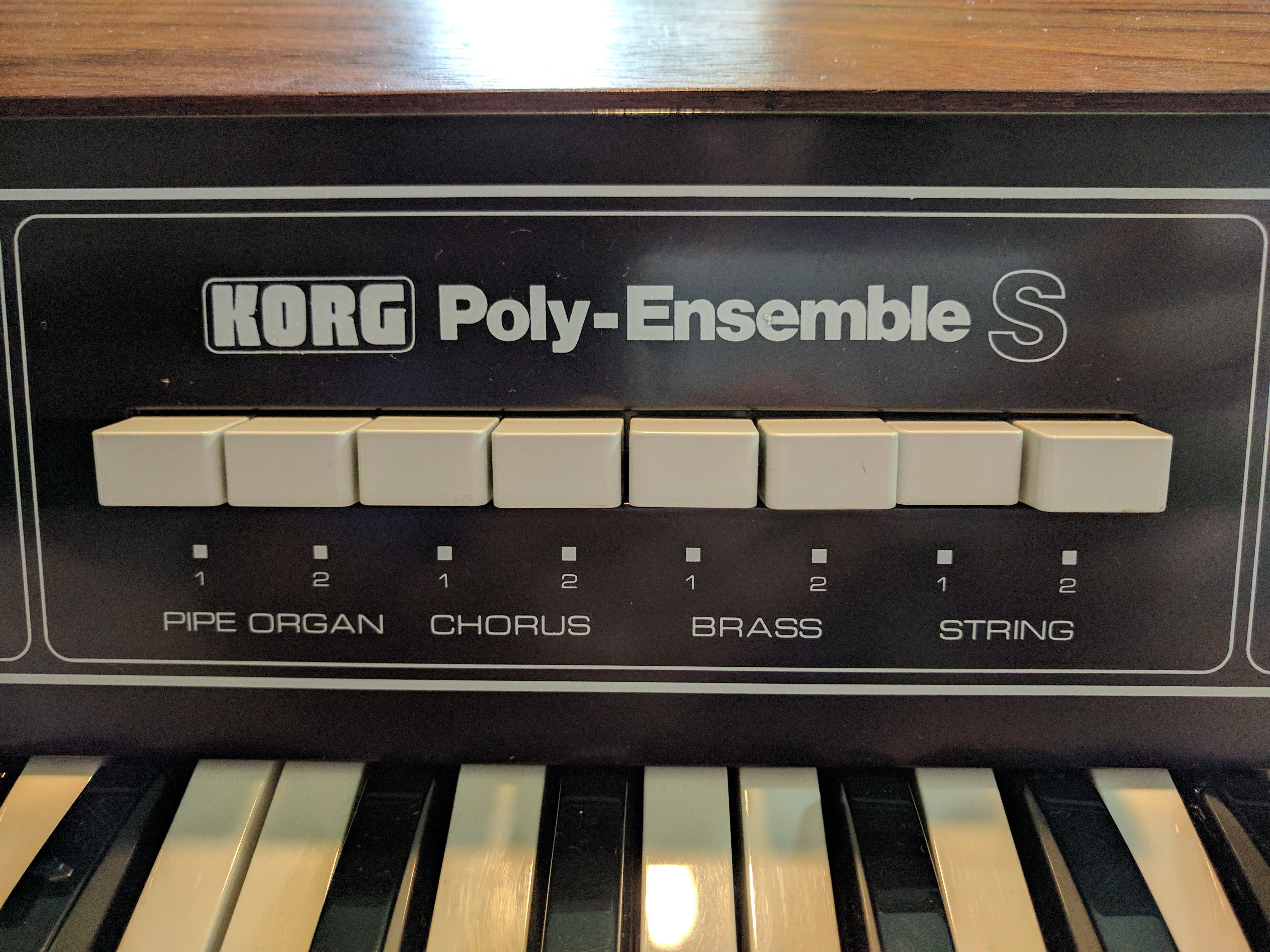 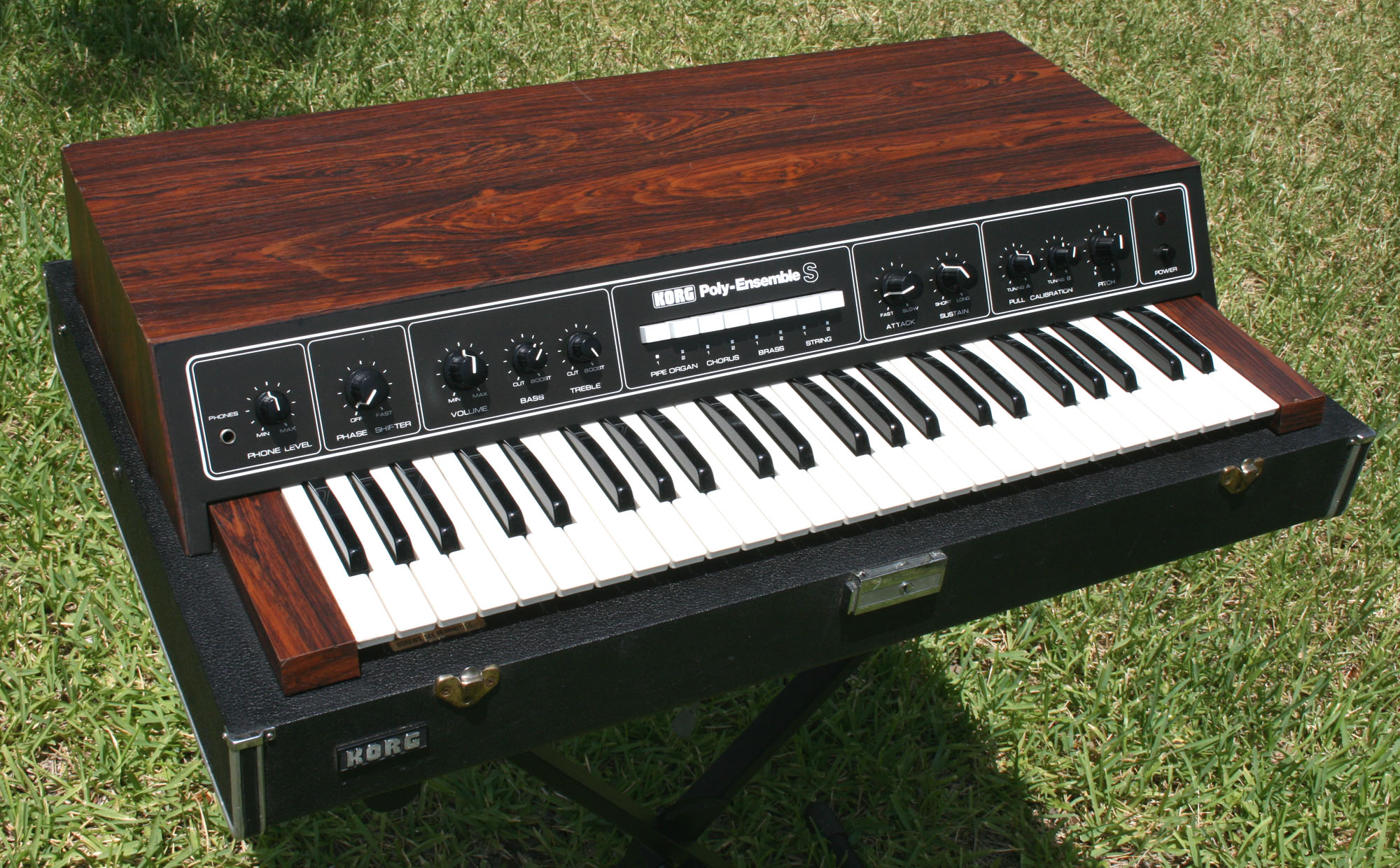 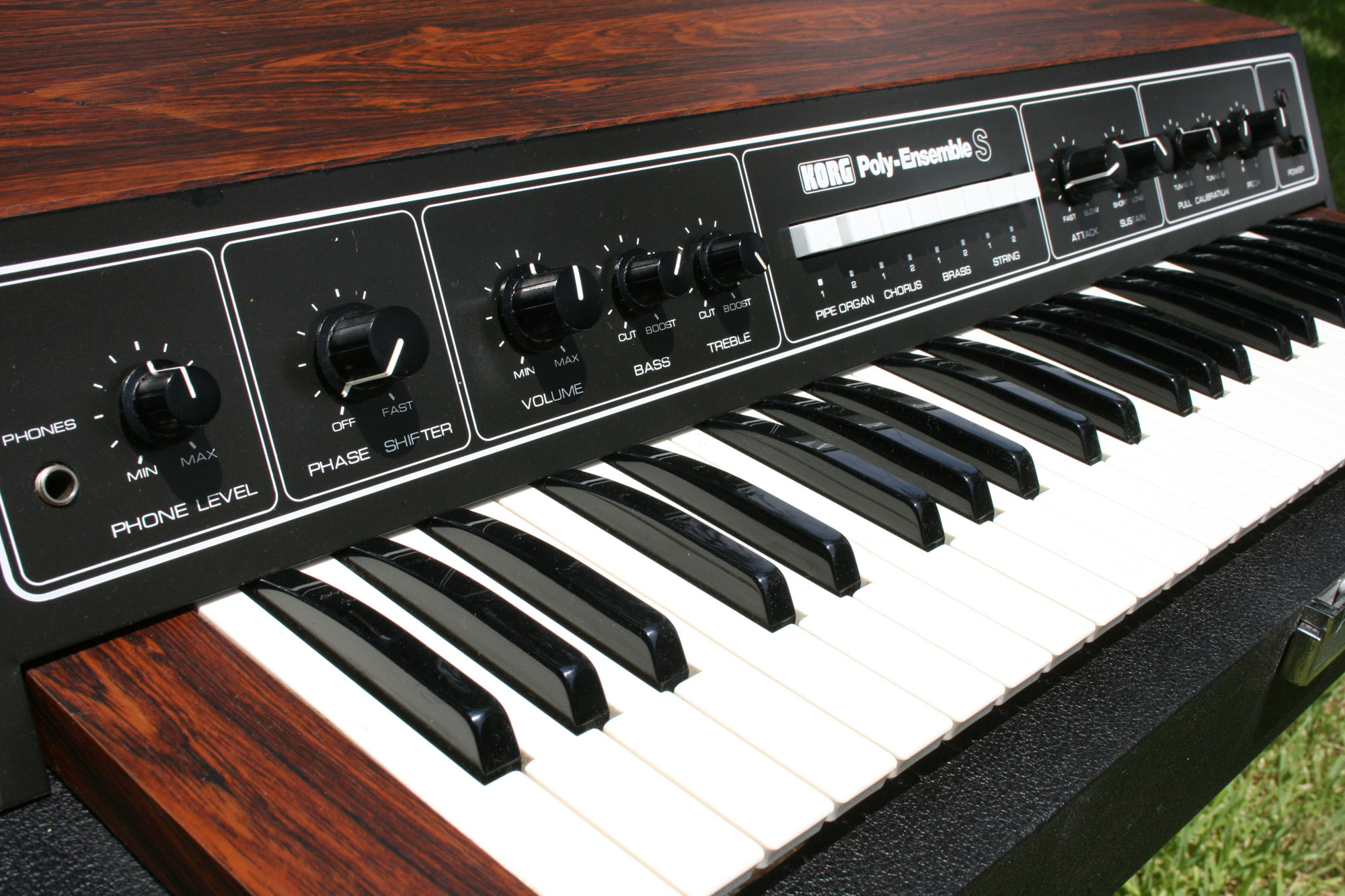 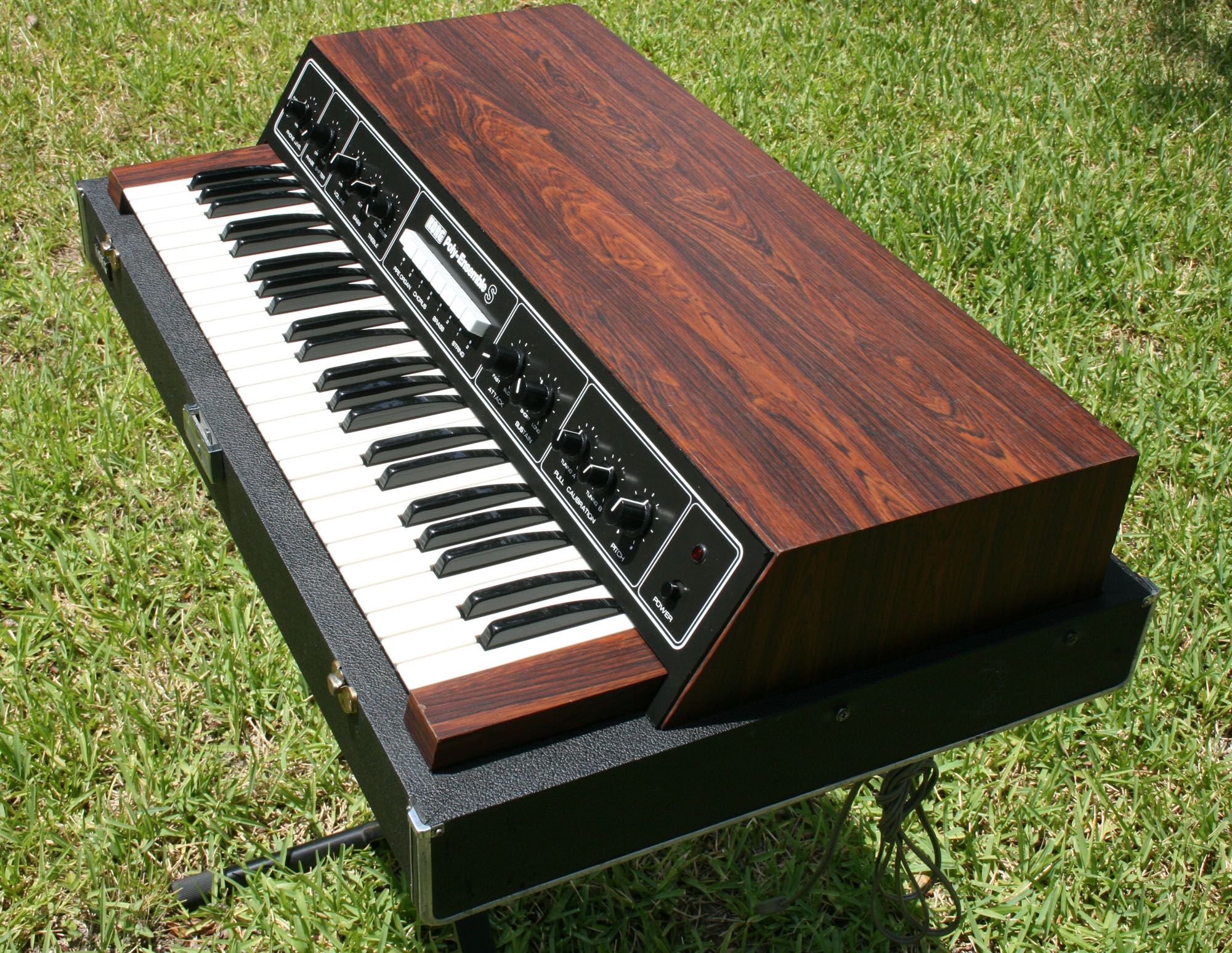 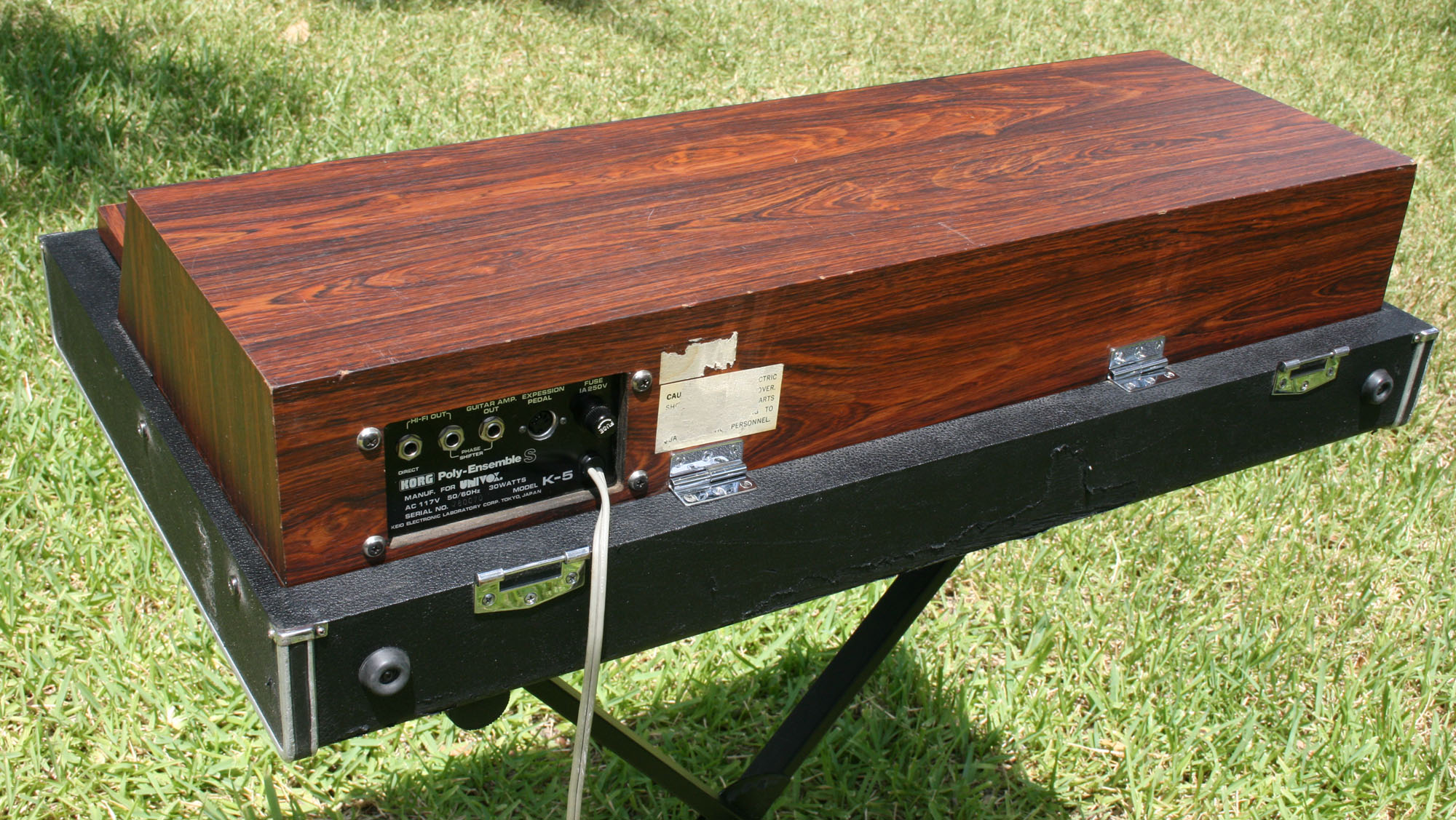