Roger Linn's LinnDrum (commonly - but unofficially - called the LM-2) drum machine followed on the success of his LM-1, which was the first offering from Linn Electronics. The LM-2 offers 15 8-bit sampled drum sounds, with the individual samples stored on EPROM chips (thus they can be changed by swapping chips). The individual sounds each have a mix slider, a pan slider, and a tuning knob. 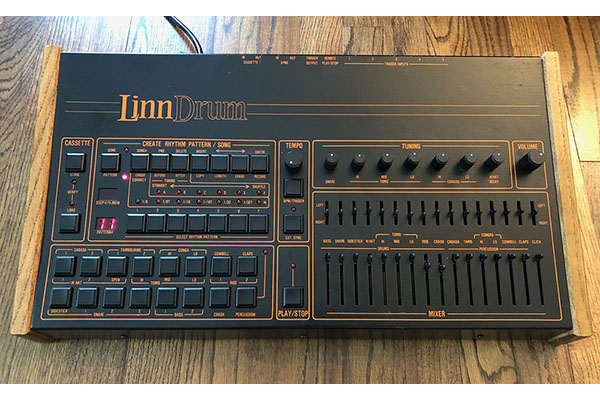 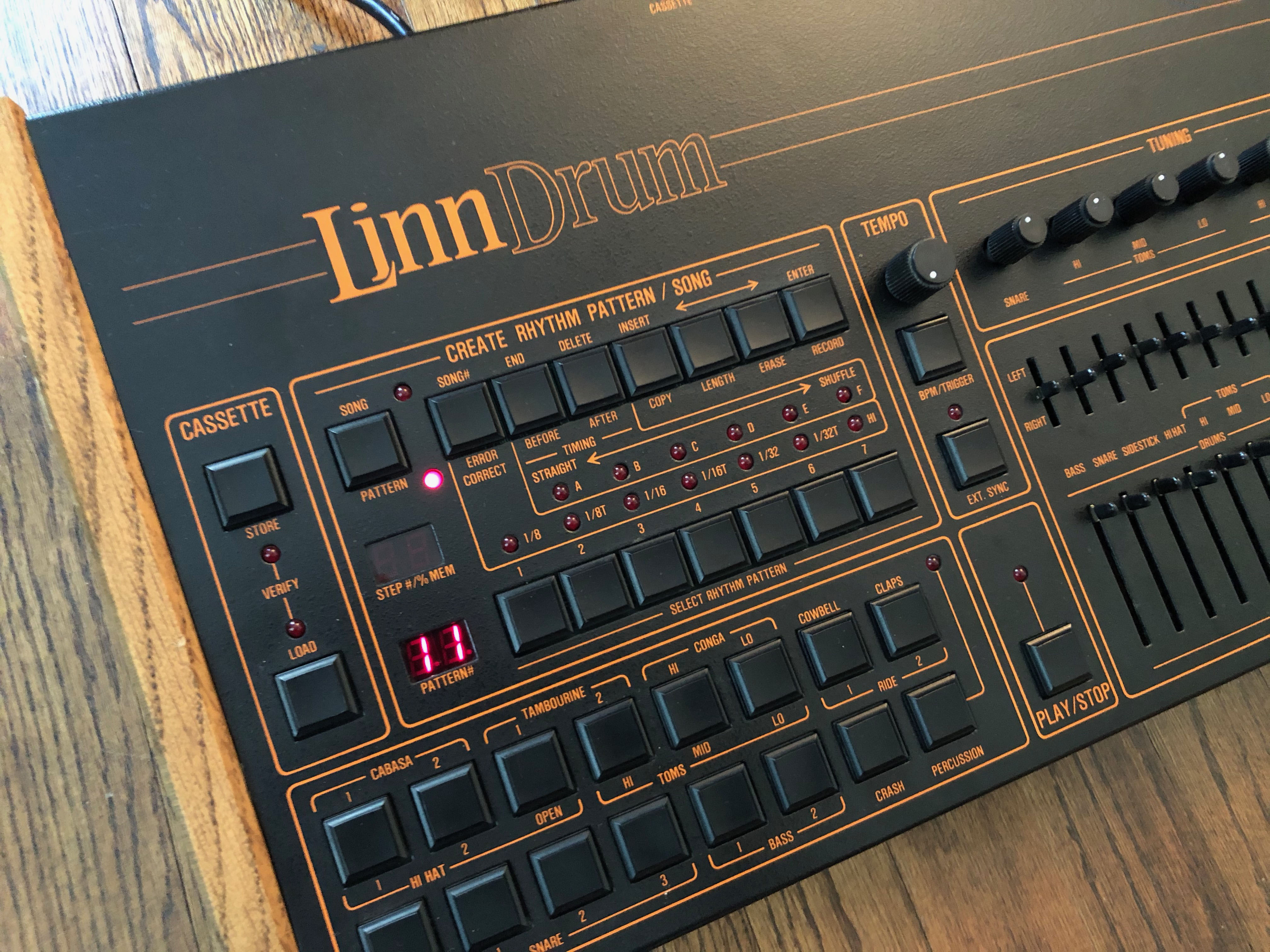 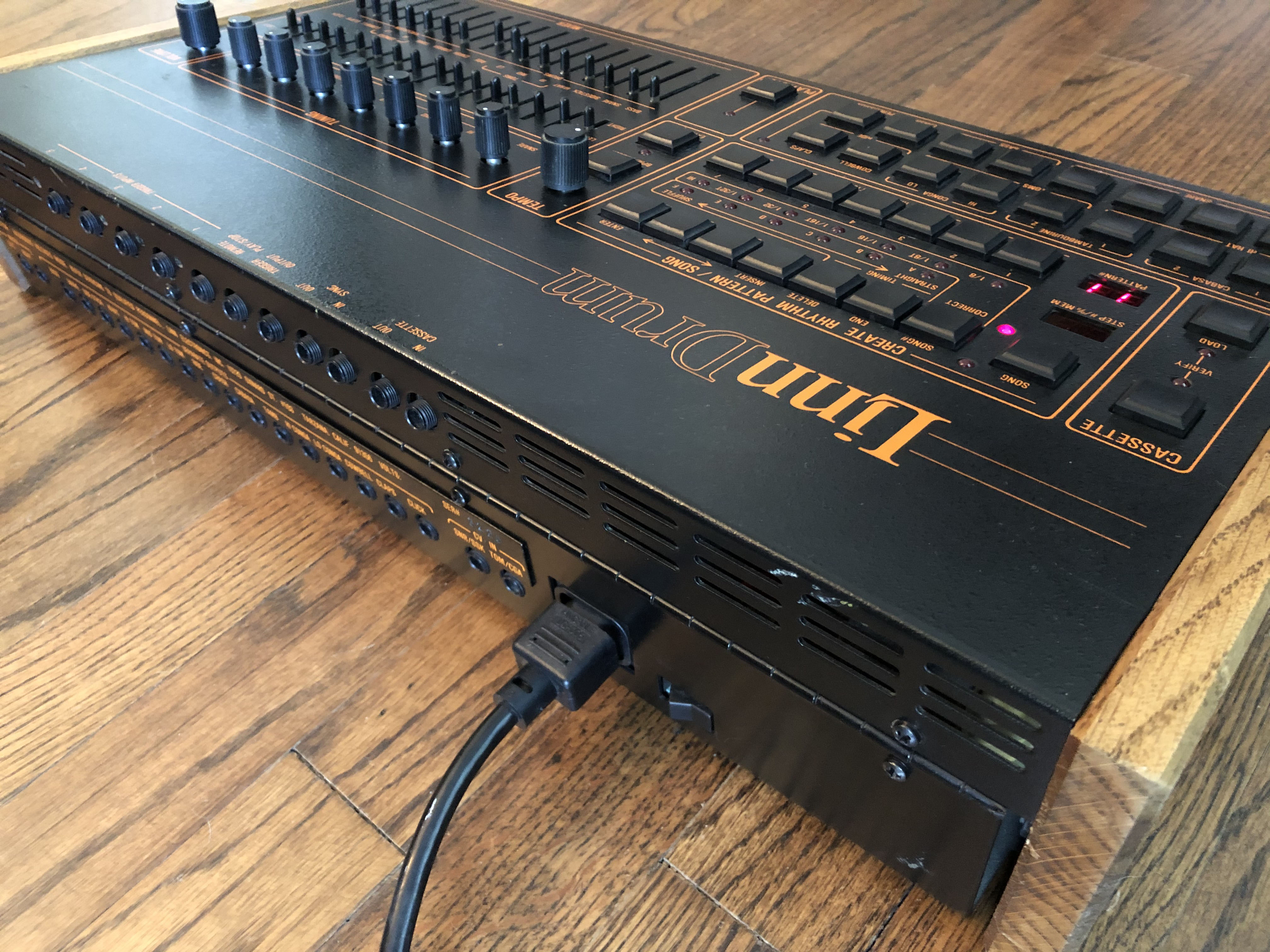 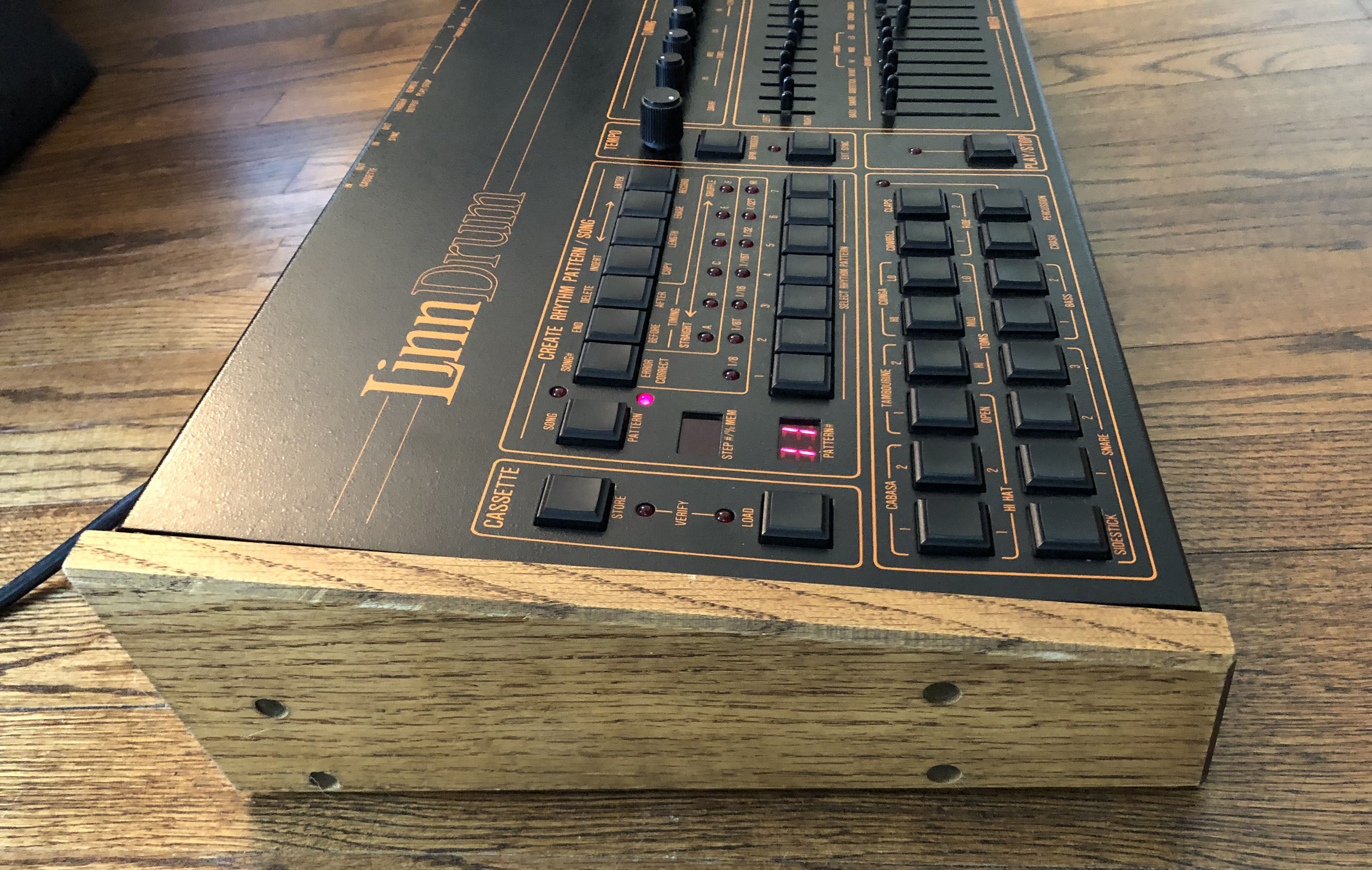 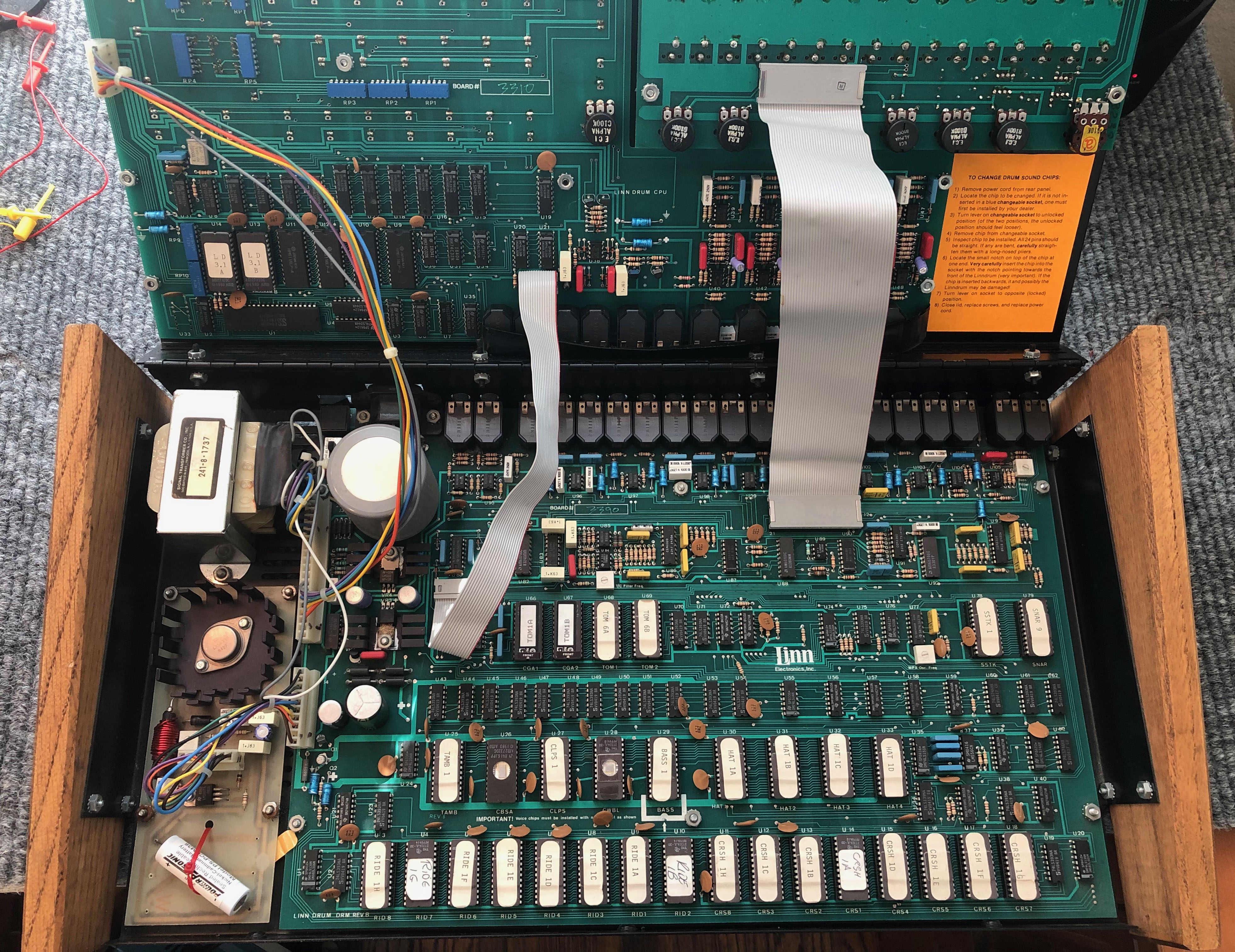